Legend, 38, sang some of his biggest hits, including Ordinary People, All of Me and Surefire to stunned passersby.

The American singer — who has ten Grammy Awards, one Golden Globe Award, and one Academy Award to his name — tinkled the ivories in celebration of International Piano Day.

Before taking over the piano, Legend teased on Twitter: ‘Arriving at London @StPancrasInt on @EurostarUK. Do they still have that piano there?’

The suprise show was to promote his upcoming world tour, which will see him play UK dates in September. 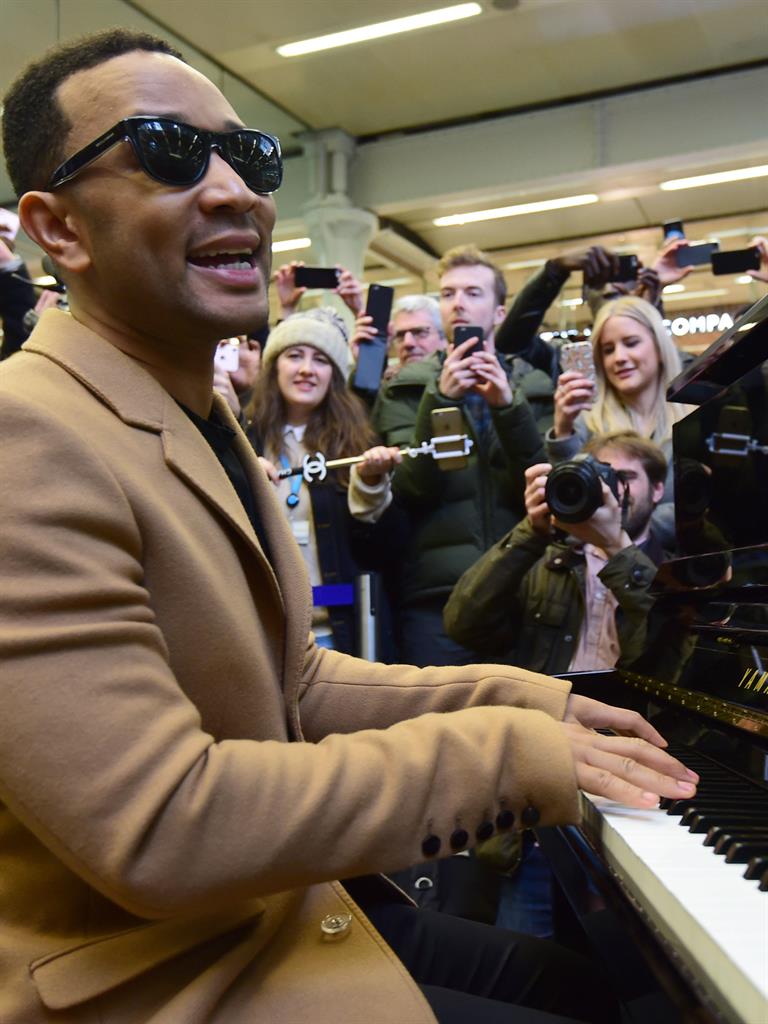 The three pianos in St Pancras station are hugely popular, with hundreds of visitors sharing their performances on social media over the years.

But it’s not just commuters that rock out in the station, famous faces including Elton John, Laura Mvula and Bill Bailey have also entertained visitors with their own spontaneous performances.

PREVIOUSSusanna Reid called Piers Morgan WHAT on his birthday?

NEXTTake That take on the Proclaimers