WHIMPER is coming! Kit Harington is suffering a string of emotional meltdowns as the harsh reality of not being Jon Snow any more sinks in.

The Game of Thrones actor revealed he sent one girl fan fleeing in awkwardness after she approached him at an airport, using his screen name.

Londoner Harington, 31, who has completed the fantasy drama’s final scenes, confessed: ‘I had this moment this year when we’d finished… I had this woman come up to me and say, “Do you play Jon Snow?” I’d finally finished filming and I’d been waiting for it. And I’d been looking forward to going, “Not any more.”’

However, he continued: ‘But I was so sort of emotionally het up the first time it happened I was like, “Not any more” [in a crying-voice].

‘I just start crying in front of this girl, who was, like, “Oh!” and just backed away.’

It seems to be strangers who set off Harington, following another public meltdown — again at an airport — this time involving his wife and ex-GoT co-star Rose Leslie, 31, who played wildling Ygritte.

He admitted: ‘I was giving her a kiss yesterday when she was leaving, at the airport. A guy comes up and I was like, “No! Go away, turn around, walk away!”

Harington’s final gripe is he hasn’t even been given a keepsake from his career-defining role, for which he was paid just under £400,000 per episode.

‘The bastards gave me nothing, literally nothing,’ he said. ‘I was expecting some big presentation of the sword, or a framed version of my outfit. Nothing. Absolutely nothing.’ 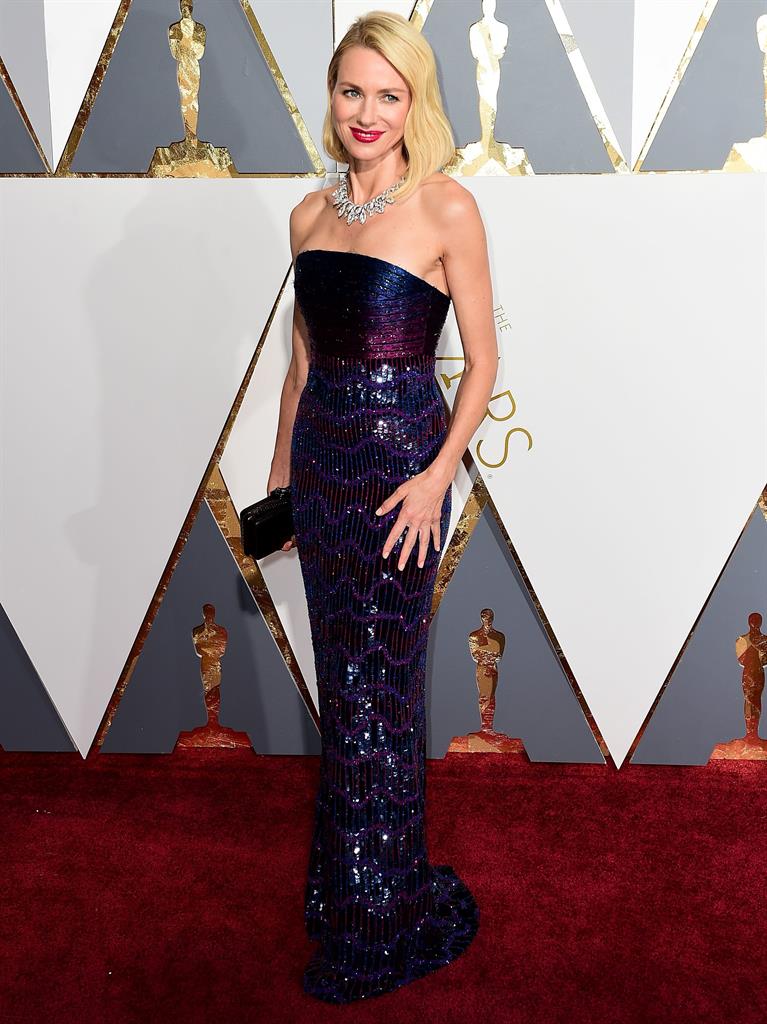 GAME of Thrones creator George RR Martin said he ‘could not be more excited’ after Naomi Watts was announced as playing the lead in the upcoming GoT prequel, set thousands of years earlier. Watts, 50, known for films such as Mulholland Drive and King Kong, will play a socialite hiding a dark secret in the as-yet-untitled prequel. Martin, 70, said in his blog: ‘I could not be more excited. Welcome to Westeros, Naomi.’