A CINEMA worker who grabbed a selfie with Jude Law says the A-list actor helped him find true love — and he even proposed with a cardboard cut out of the star.

Connor Walter, 24, spotted the Alfie star enjoying a film last September at a cinema in Bath after his manager had warned him to ‘keep an eye on the man acting suspiciously with his hood up’.

The pair exchanged email addresses and Connor was stunned to receive a thoughtful reply from Law, which read: ‘From one movie madman to another… thanks for your kind note.

‘Sorry I ran off. I am always aware of making a scene in public. Hence the hood.

‘I’m a huge film obsessive too. I love them. Nice to hear someone else does. Best wishes to you, J.’

But the story doesn’t end there as their mutual love of movies made the national news. Connor was interviewed by the BBC — and that, he says, is how he met his girlfriend April Thomas, 19.

‘I was in the King of Wessex pub next to the cinema with a friend a few days later,’ Connor recalls.

‘I got up to go to the toilet and the girl in front of me held the door open for me.

‘She said she recognised me, so I told her I had been on the news and that’s when it clicked and she remembered.’

‘I asked for her number and we’ve been together almost four months,’ he added.

Connor admits his new love, isn’t much of a film buff, so she didn’t even really know who Jude was, but that didn’t put him off buying her a memento of the movie star who helped them to click. 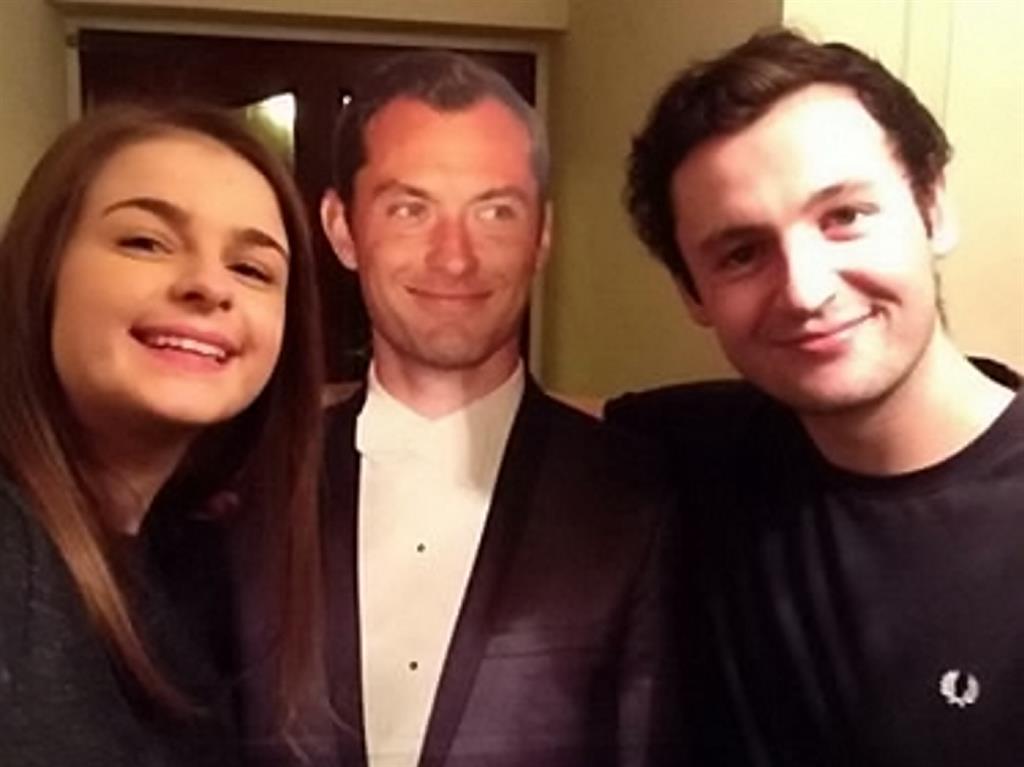 ‘I was desperately trying to think of what to get her for Christmas, and then I saw these life size cut-outs of Jude Law on the internet. I just had to get one for her,’ he said.

And best of all, when Connor emailed Jude to update him on his romance, the kindhearted star replied once again, wishing them all the best.

‘I’m thrilled for you both, enjoy every moment,’ Jude wrote.

PREVIOUSThere’s no palace like home for Madonna and co

NEXTLily Allen takes grime out for a ciggie