SHE is used to red carpets, but Julia Roberts was left a little red-faced during a meeting with football pin-up Cristiano Ronaldo.

The 49-year-old Oscar-winner got herself in a fluster after infiltrating the locker room for a VIP meet-and-greet following Real Madrid’s Clásico clash against Barcelona at the Spanish capital’s Santiago Bernabéu Stadium. 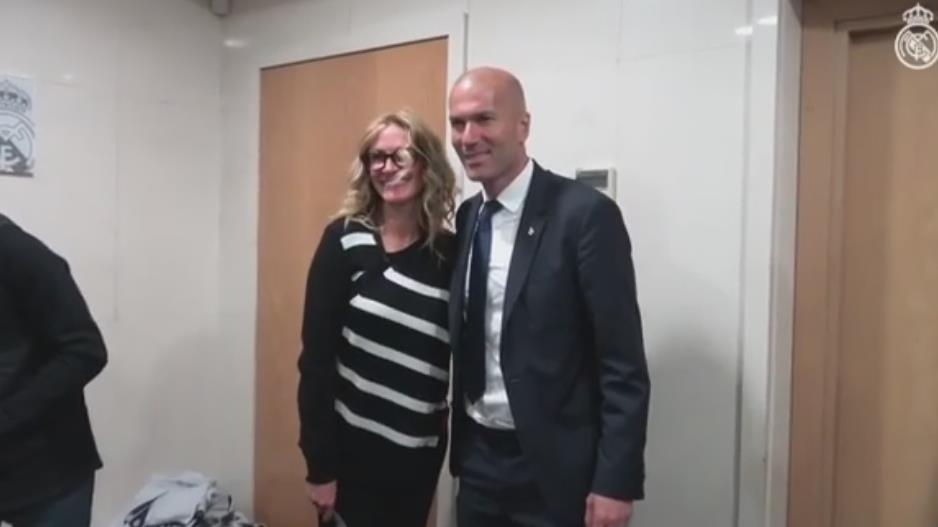 Even with her husband Daniel Moder, 48, watching, Roberts turned crimson as the Portuguese star turned on the charm. ‘I’m so excited, my whole family is here and we are just thrilled,’ gushed the Notting Hill star.

The feeling was clearly mutual as Ronaldo, 32, posted a snap of them online with the caption: ‘It’s always a pleasure to meet nice people!’ 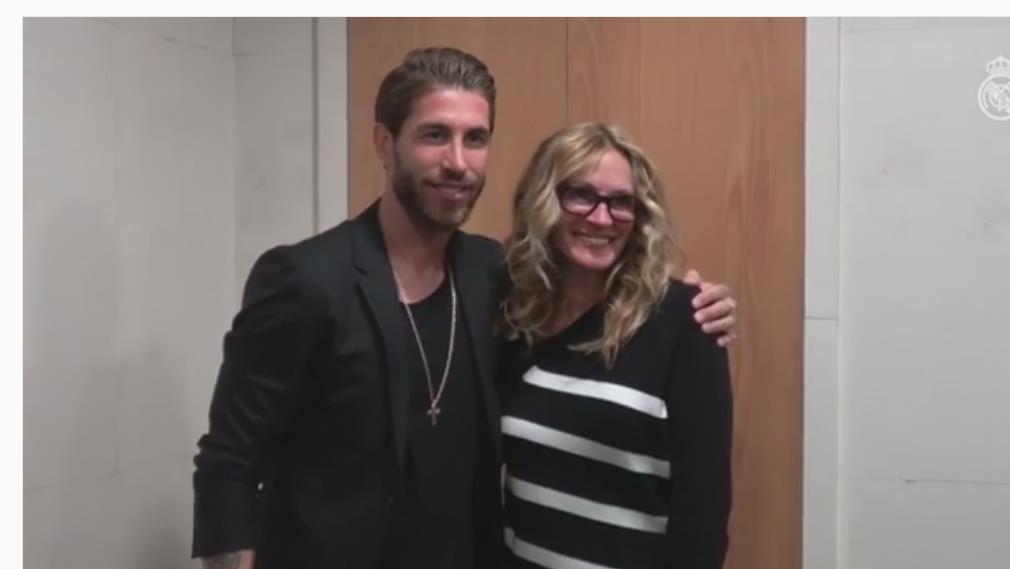 Roberts, who also met Real Madrid’s manager Zinedine Zidane, 44, was in such a muddle she congratulated Ronaldo’s teammate Sergio Ramos, despite the 31-year-old landing a red card and being sent off. ‘You played amazing,’ she said.

NEXTA duet with The Prodigy? As an idea, it’s not a non-Starter