Just Who is Miranda giving a Hart-y snog?

PICTURES have emerged from Miranda Hart’s festive special — and it appears she took advantage of the mistletoe to bag a lip bump with a certain eligible Doctor.

If you’re having trouble working out just, ahem, Who is clasped in the comedian’s embrace, don’t be fooled by the ginger hair — it’s actually former Tardis-botherer David Tennant.

David is sporting the red-headed look for his current show Good Omens, but Miranda wasn’t put off as she went in for a full-on pash with the hot, married Scot.

You’ll have to watch the show on December 27 to find out exactly how that came about, but other highlights from the show appear to be a conga featuring celeb chef Prue Leith and Strictly Come Dancing star Susan Calman, plus singer Sam Smith sporting a very festive cardy. 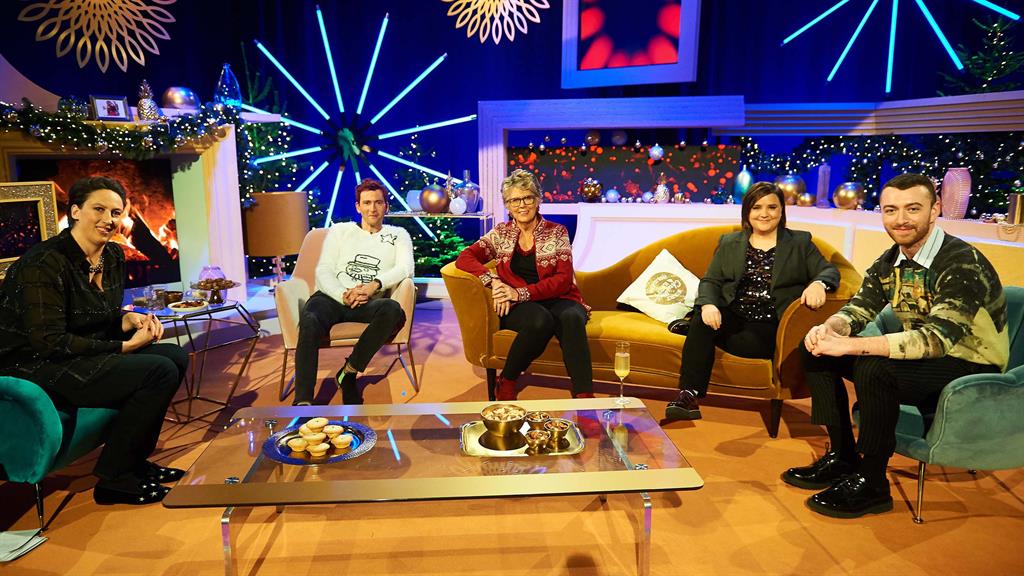 As well as chatting with her guests, the former Call The Midwife star acts as a matchmaker to two singleton, spreads some Christmas joy among unsuspecting shoppers and rewards the good deeds of various audience members.