JUSTIN BIEBER serenaded his sweetheart Hailey Baldwin by busking outside Buckingham Palace, amid conflicting claims over whether the couple are now newlyweds.

The Canadian pop star, 24, surprised fans last night, strumming a guitar as he performed a cover of Tracy Chapman’s hit, Fast Car, while leaning against the Victoria Memorial fountain. 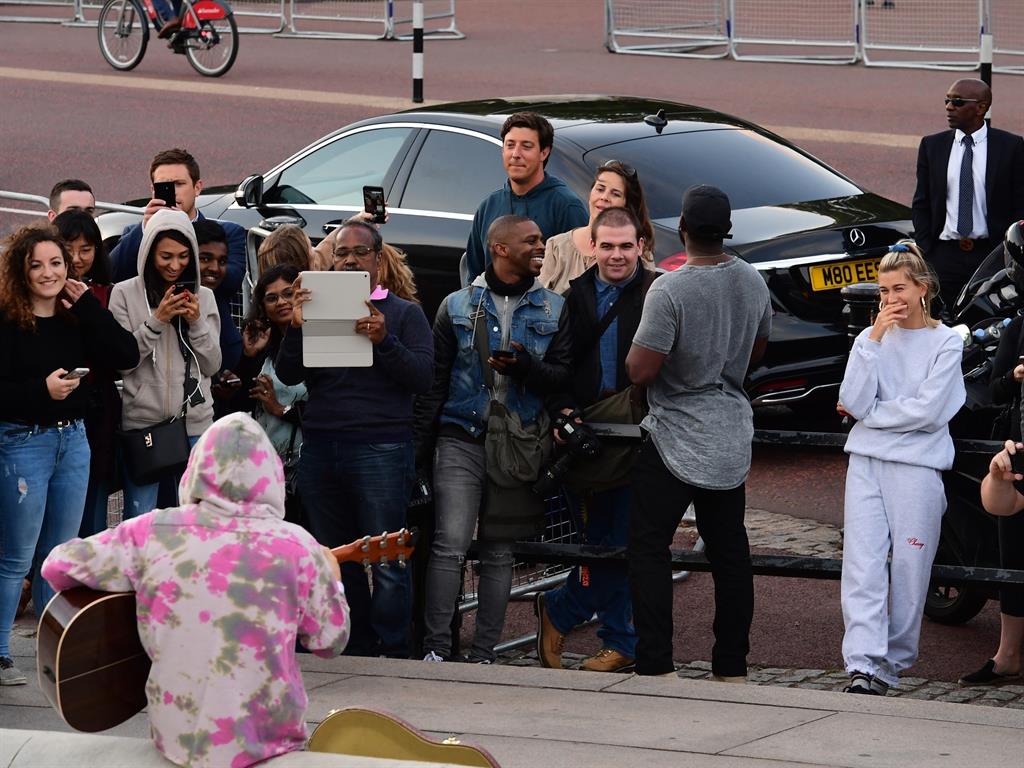 Earlier, actor Alec Baldwin claimed his niece Hailey, 21, wed Bieber at New York City Hall last week. The 60-year-old said they ‘just went off and got married’, adding: ‘They went ahead and did it without listening to anyone.’

But showbiz website TMZ claims the rumours are false. Citing ‘multiple sources’, it reported the pair have obtained a marriage licence but are not yet wed. Responding to the speculation, Hailey has tweeted: ‘I’m not married yet!’

NEXTKit Harington: Fame of Thrones set me up for a fantasy life