JUSTIN BIEBER is learning fast that his future wife expects him to dance to her tune — after she ordered him to shave off his dodgy ’70s moustache before their big day.

The pop prince’s fiancée, Hailey Baldwin, made her feelings about her fella’s face fuzz clear after the pair celebrated their engagement with a smooch in front of fans and well-wishers in the Bahamas.

The loved-up scenes came after it emerged Justin had asked her famous dad, actor Stephen Baldwin, 52, for permission to wed the 21-year-old model before popping the question.

He broke the news of their engagement in a gushing Instagram post, saying he hopes their marriage will give him the family life he never had. 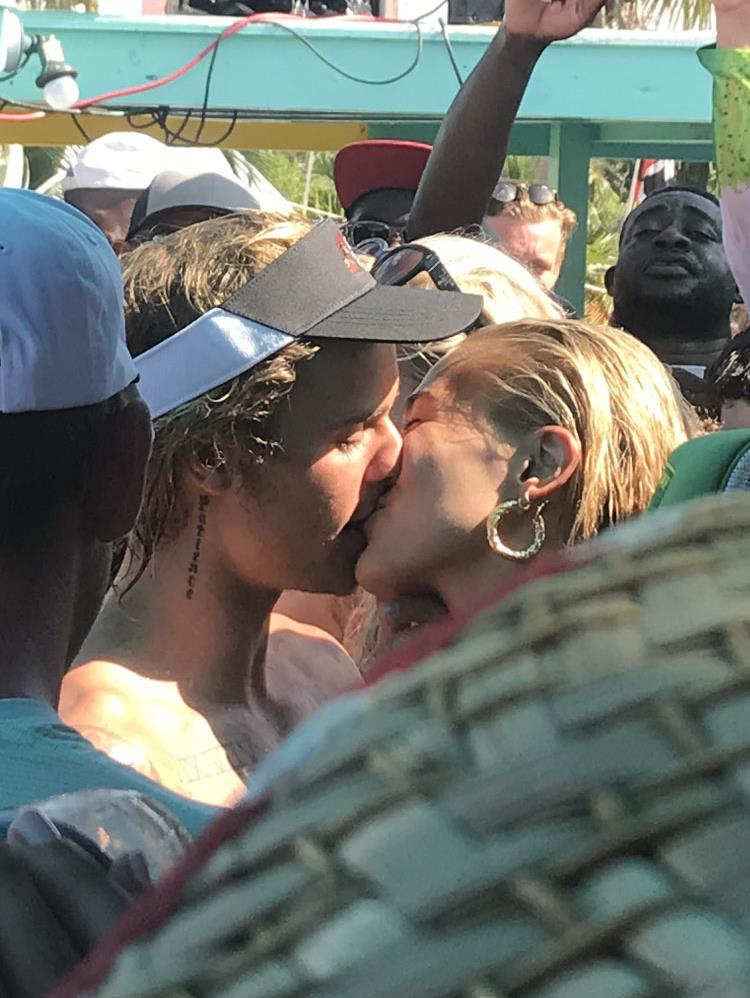 As messages of congratulations poured in for the happy couple, Hailey slapped down one pal’s suggestion that Biebs should keep his mo for the ceremony.

The singer’s road manager, Ryan Good, wrote: ‘Grow the moustache back for the wedding.’

Hailey swiftly chimed back: ‘Don’t u dare give him that idea, you lunatic.’

The pair’s banter was posted on a series of black and white snaps Bieber uploaded to announce his good news.

The Friends singer, 24, wrote: ‘Was gonna wait a while to say anything but word travels fast, listen plain and simple Hailey I am soooo in love with everything about you! So committed to spending my life getting to know every single part of you loving you patiently and kindly.’

The loved-up superstar then wrote: ‘My heart is COMPLETELY and FULLY YOURS and I will ALWAYS put you first! You are the love of my life Hailey Baldwin and I wouldn’t want to spend it with anybody else. You make me so much better and we compliment each other so well! Can’t wait for the best season of life yet.’

Biebs — whose mother Pattie and father Jeremy never married after starting their family as teenagers — went on to reveal why marriage is so important to him.

‘The thing I am most excited for is that my little brother and sister get to see another healthy stable marriage and look for the same,’ he wrote. ‘God’s timing is literally perfect. We got engaged on the seventh day of the seventh month. The number seven is the number of spiritual perfection. It’s true. GOOGLE IT! Isn’t that nuts?’

Justin and Hailey’s wedding plans come just months after they started dating again. The pair were an item a couple of years ago but called it off. They reunited when his romance with long-term girlfriend Selena Gomez fizzled out once and for all in February.