Justin Theroux juices up his day with a mystery girl…

JENNIFER ANISTON’s ex-hubby Justin Theroux sparked a juicy bit of gossip when he got chatted up during a stroll in New York.

The Leftovers actor and a pretty passer-by were snapped sucking on drinks with intent as they took time out to get acquainted with one another. 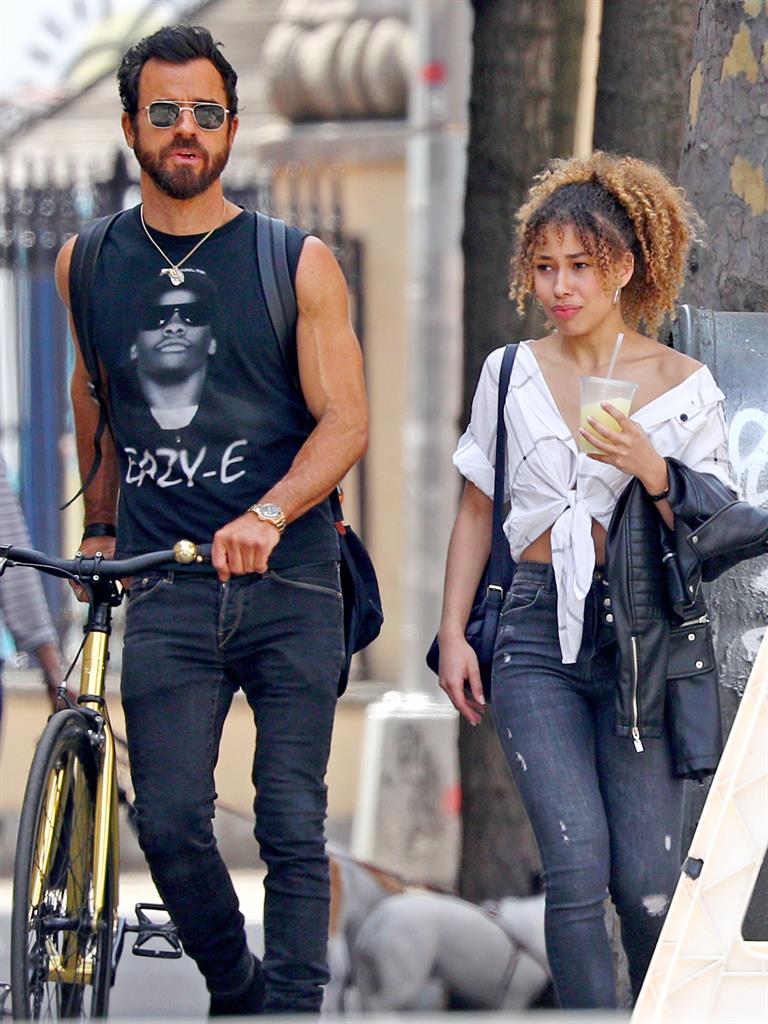 Justin, 46, then decided to take a seat with the mystery lady, who batted her eyelashes and giggled intently at the actor.

Out to impress, Justin wore a vest to put his guns on show.

Theroux and Friends actress Jen, 49, called time on their three-year marriage in February.

He’s been spotted out with several pretty women since.

PREVIOUSRaye: After studio scare with exec I covered up