KRISTEN STEWART and her stunning girlfriend Stella Maxwell took hanging out to new extremes when they were spotted leaning out of their car window on a motorway.

The loved-up pair flirted with danger to take selfies at speed as they were chauffeured around New Orleans. 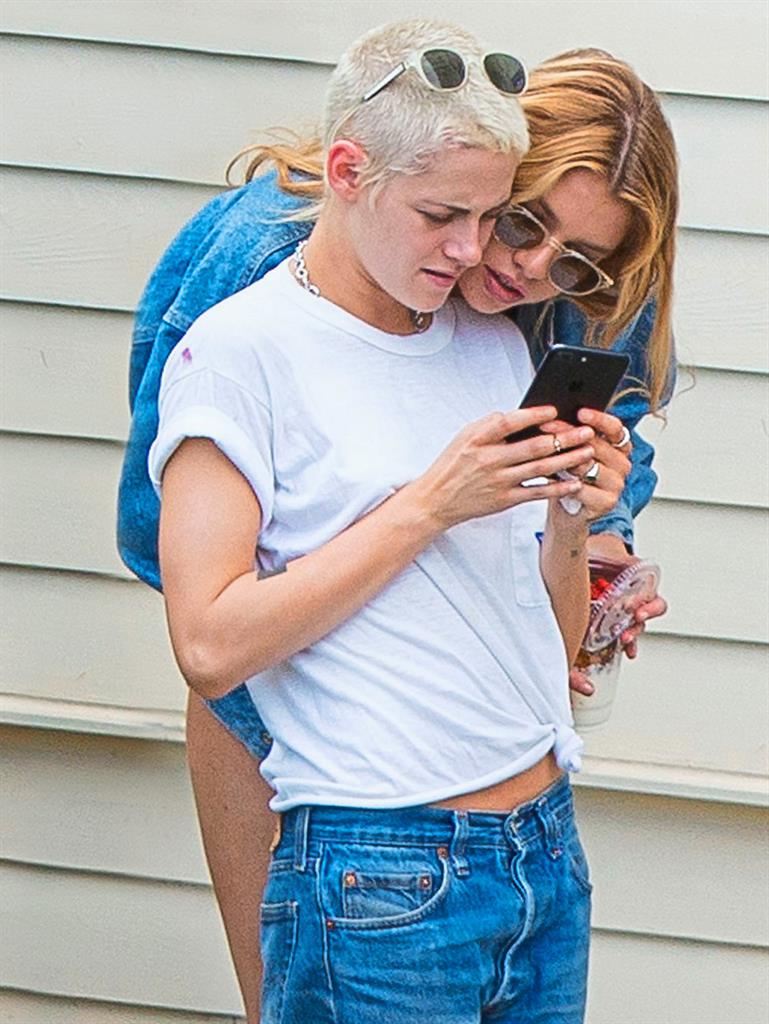 Kristen, 27, and the 26-year-old Northern Irish model have been enjoying the sights of the city in between filming, where K-Stew has created a real buzz around her latest role.

The Twilight star, who used to date Robert Pattinson, has bleached her hair and cut it super-short for her new flick Underwater.

And it looks as though her new partner approves… they couldn’t keep their hands off each other as K-Stew checked her phone.

■ ROBERT PATTINSON blames his serious side for almost getting fired from the Twilight blockbusters. Recalling filming the first movie in 2008 with Kristen Stewart, R-Patz, 31, said: ‘I was so determined to make it serious. I was fighting with everybody in control all the time… to the point where I almost got fired.’ And, talking about watching his own flicks, he told The New York Times he is hard on himself, adding: ‘I’m beating myself up afterward.’