KATE GARRAWAY ensured things got messy on Good Morning Britain today when she got out the custard in an ill-advised football-themed segment of the ITV show.

The presenter was attempting to recreate the World Cup trophy using a melon and some custard — and this was only ever going to end one way.

At first the 51-year-old suggested she might throw some over Susanna Reid (pictured with Kate below), saying: ‘The temptation to wipe this hand all over Susanna is massive.’ 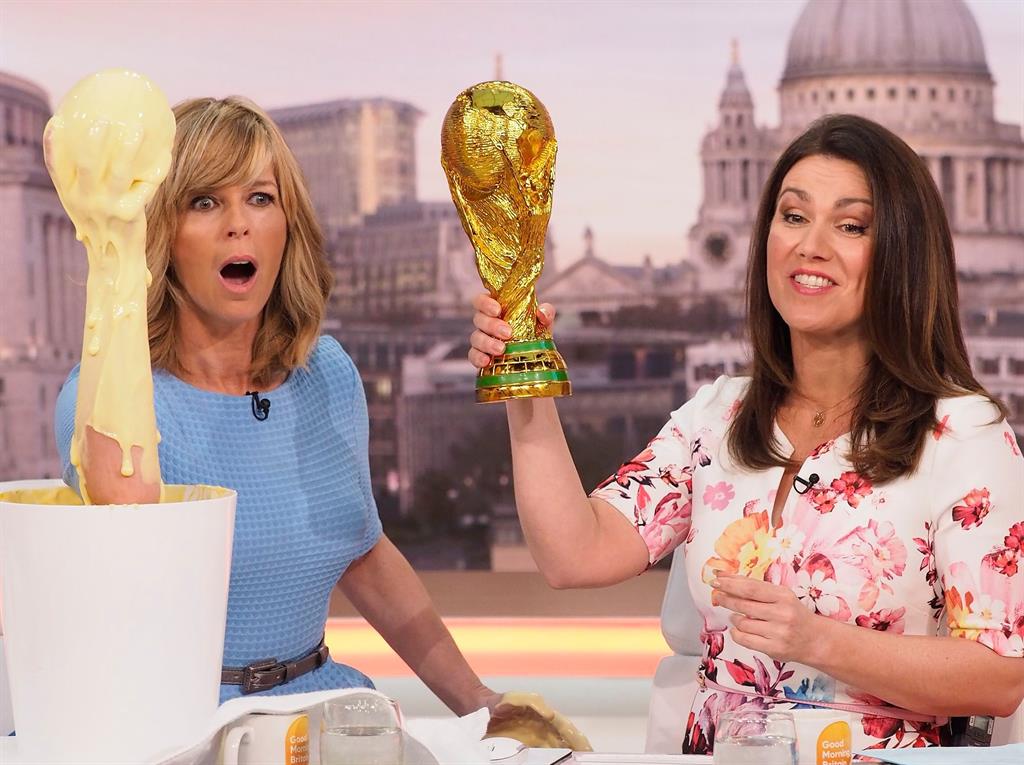 But, instead, GMB’s sport presenter Sean Fletcher was on the receiving end, as she started to throw custard at him from a bucket. 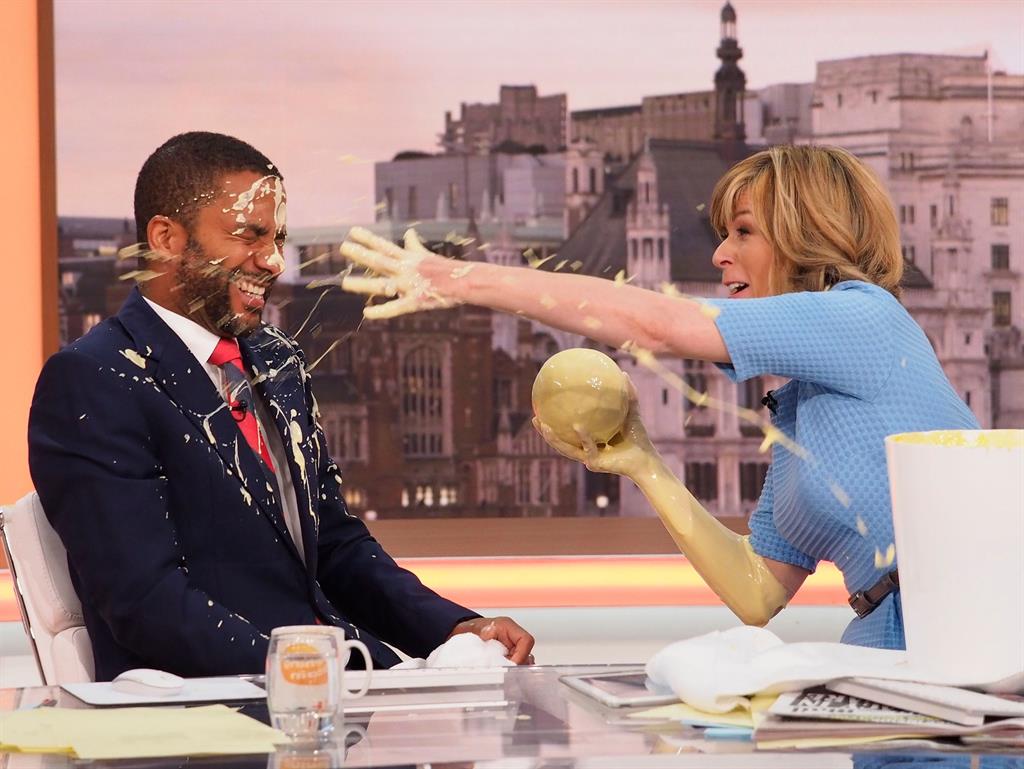 ‘He’s been so cheeky all morning,’ said Garraway.

To which Fletcher, with custard streaked across his face and suit, responded: ‘Did she just do that? Oh my God, look at me. I’m a mess.’ 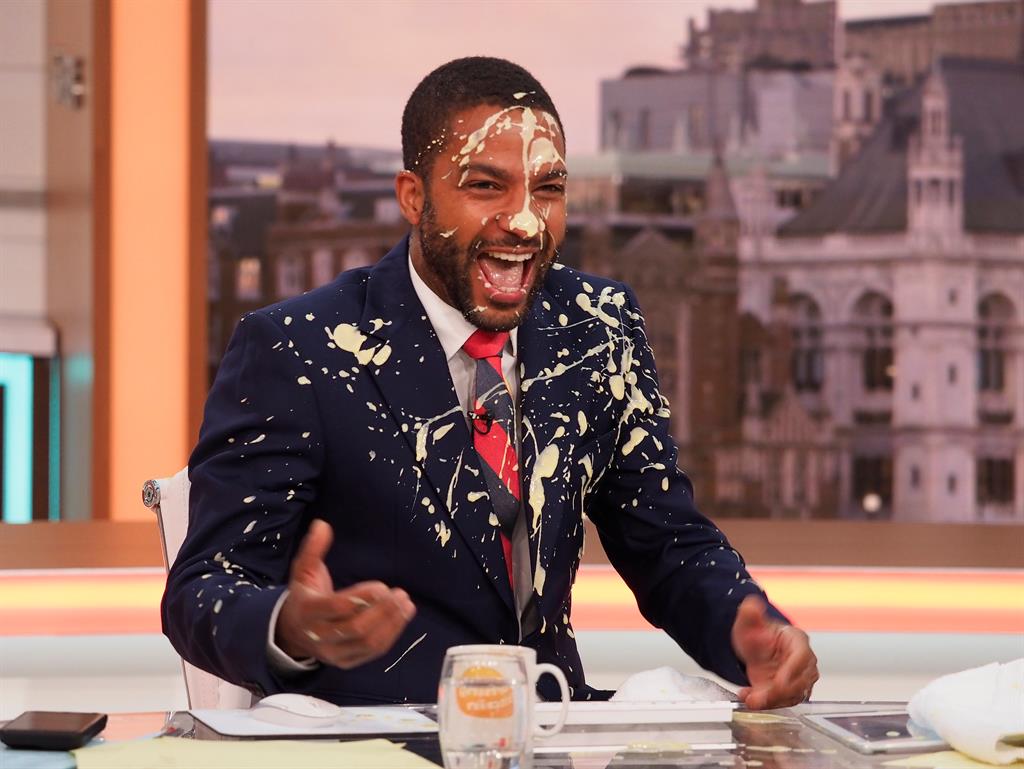 Susanna added: ‘Kate’s out of control! The wardrobe department is in a panic.’

Unsurprisingly, after the advert break, Garraway was not at the desk and Susanna told viewers: ‘Not only has Sean had to go back to wardrobe to change his outfit, but Kate covered herself in custard as well.

But Money Saving Expert Martin Lewis couldn’t resist quipping: ‘Let’s be honest, Kate had to leave the set as she had a large blob of custard on her cleavage!’

Later Garraway returned, looking her usual put-together self, having changed from a blue frock into a near-identical pink one.