Katherine Jenkins sends ‘cwtches’ to all on birth of baby

KATHERINE Jenkins has announced the birth of her second child — and, like the royal’s new tot, it’s a boy.

The opera star, 37, and her husband Andrew Levitas, who are already parents to daughter Aaliyah, announced the news by issuing a sweet family snap of all four of them holding hands. 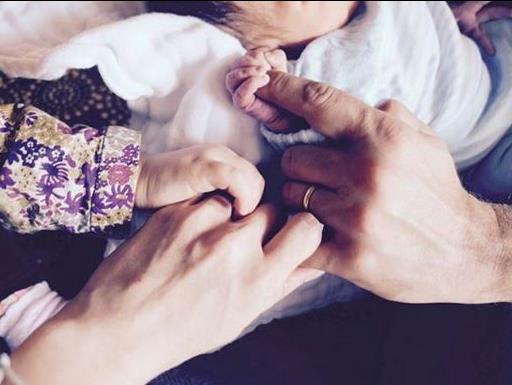 Captioning the picture on Instagram, she wrote: ‘Andrew, Aaliyah and I are proud to announce the arrival of our gorgeous son Xander Robert Selwyn Levitas.’

She then went on to explain that while the baby’s two middle names honour his late grandfathers, his first name has a rather grander meaning — ‘defender of men’.

Cwtch is a Welsh word that has no direct equivalent in English but — according to the Urban Dictionary — is best understood as ‘snuggling and cuddling and loving and protecting and safeguarding and claiming, all rolled into one.’

The Songs Of Praise presenter and her film-maker hubby became first-time parents in September 2015, having tied the knot at Hampton Court Palace the previous year.

NEXTMore clues to Kanye’s dream of a West Wing