KATY PERRY has continued her flirt-fest with Niall Horan — by calling him a ‘stage five clinger’.

The pair have been involved in a bit of back and forth banter recently, with Katy accusing the former One Direction lad of ‘trying to, like, get my number to, like, maybe flirt with me’.

But Niall has denied being lovesick for the Roar singer, asking her to ‘please stop being mean to me’.

Now Katy has trawled the archives and posted a video of the pair taken back in February, in which Katy says: ‘You’re following me!’ 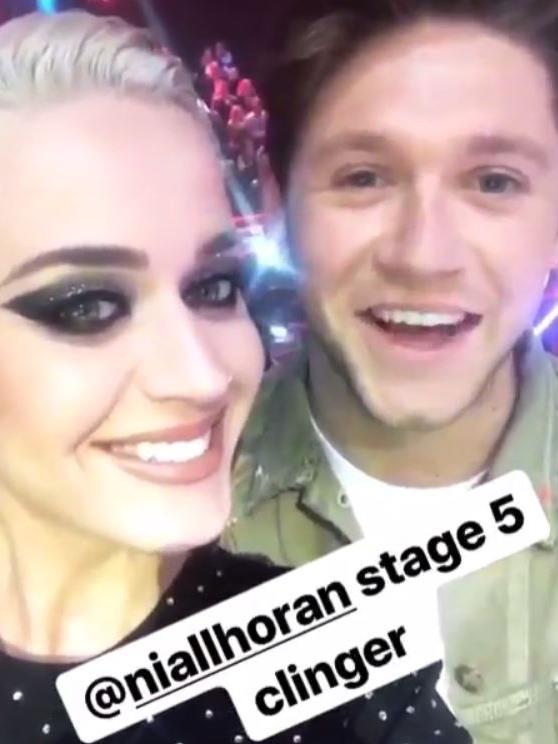 To which Niall replies, with a comical eyebrow jiggle: ‘I am… everywhere.’

She has previously likened their relationship to The Graduate.

‘He wants to go out on a date,’ she said. ‘Have you ever seen the movie The Graduate? That’s kinda what this feels like… I could be his mum!’