POOR old Kendall Jenner seems to have got caught up in another ‘Pepsi moment’.

Just months after appearing in an advert for the fizzy drinks company that was widely mocked for co-opting the civil rights movement, the reality TV star and her sister Kylie are now being lambasted for another marketing fail.

This time it’s their appropriation of famous music icons that has enraged both fans and fashionistas. 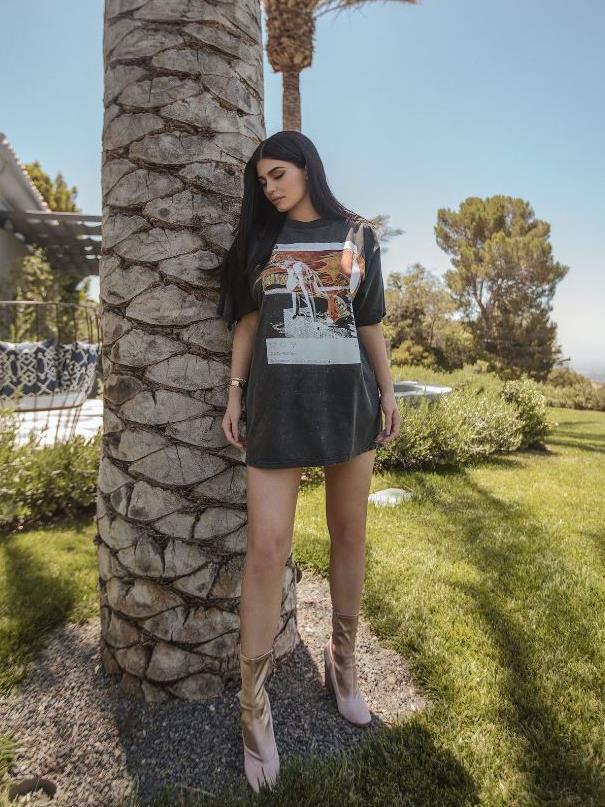 The sisters have brought out a line of ‘one of a kind, individually hand-picked vintage T-shirts’, which sounds just dandy until music fans found the sisters had emblazoned their own faces or initials over original band T-shirts from artists as varied as The Doors, Metallica, Tupac and Pink Floyd.

As one tweeter wrote of the former: ‘Jim Morrison did not die for this s***’.

Others were more outraged by the price tag: ‘Dark Side Of The Moon did not become one of the best albums of all time for a Jenner to slapped her face on a t-shirt with it & charge $125.’

Despite the outcry, however, at time of going to press, all the garments were low on stock, so if reality-meets-rock star is your thing, you’d better get cracking.