NICOLE KIDMAN has finally cleared up the second biggest talking point of Oscars night — why on earth she appeared to be clapping like a seal.

The Big Little Lies actress has kept silent until now about the bizarre applause technique, which went viral — but now it seems that free bling was to blame.

Interviewing Nicole on Aussie radio station KIIS FM, host Kyle offered his own theory: ‘It’s because of the rings, you idiots — like, that’s why she’s clapping like that: she doesn’t want to damage the jewels!’

At which a relieved-sounding Nicole chimed in, saying: ‘Yes, yes, I’m so glad you clarified that because it was really awkward!

‘I was like, “Gosh, I want to clap.” I don’t want to not be clapping, which would be worse, right? “Why isn’t Nicole clapping?”

‘So, therefore, I’m clapping, but it was really difficult because I had a huge ring on that was not my own, so it was absolutely gorgeous and I was terrified of damaging it.’ 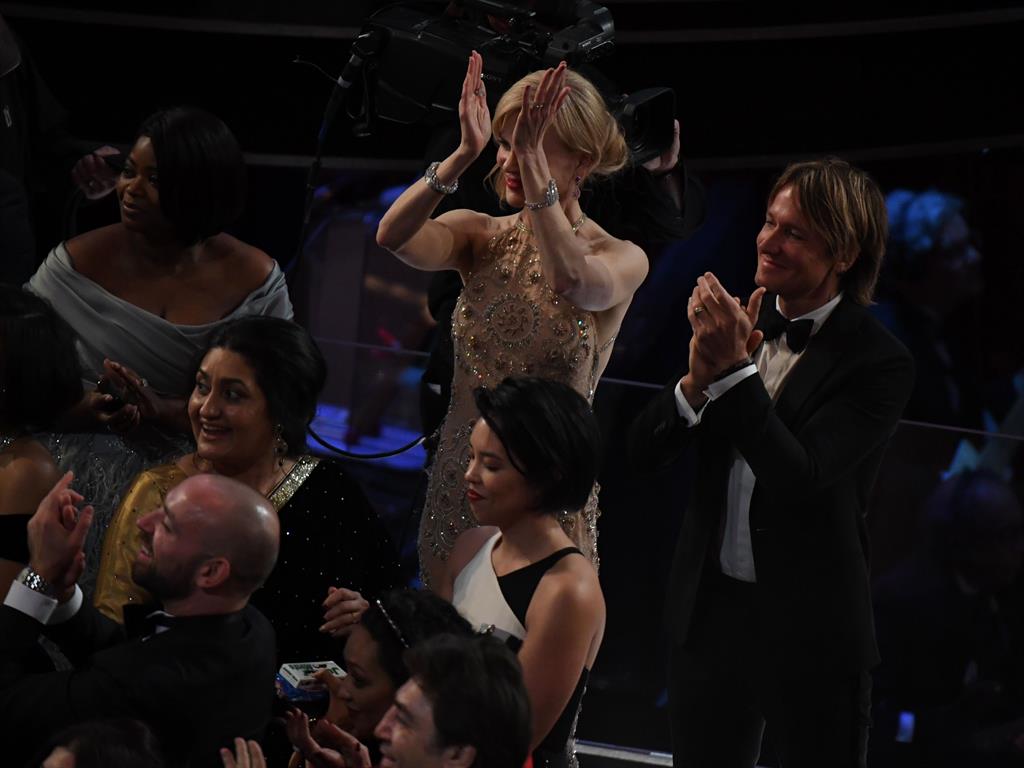 The offending diamond cluster ring was indeed a corker, though surely it would be hard to damage such an expensive and presumably well-made piece?

In any case, as Nicole quite rightly points out, there are probably ‘more important things to be focused on’ given that La La Land was accidentally being awarded best picture at the time.

NEXTWe were bigger than Britney