Kim Kardashian: Does my thong look big in this?

LIFE is more than a little peachy for Kim Kardashian.

The reality TV queen paraded her derrière in thong-style bikini bottoms while holidaying in Mexico — and sparked off a bunfight between Good Morning Britain presenters Piers Morgan and Susanna Reid.

Morgan pointed out the difference between natural shots of the 35-year-old and filtered ones she shared on social media. 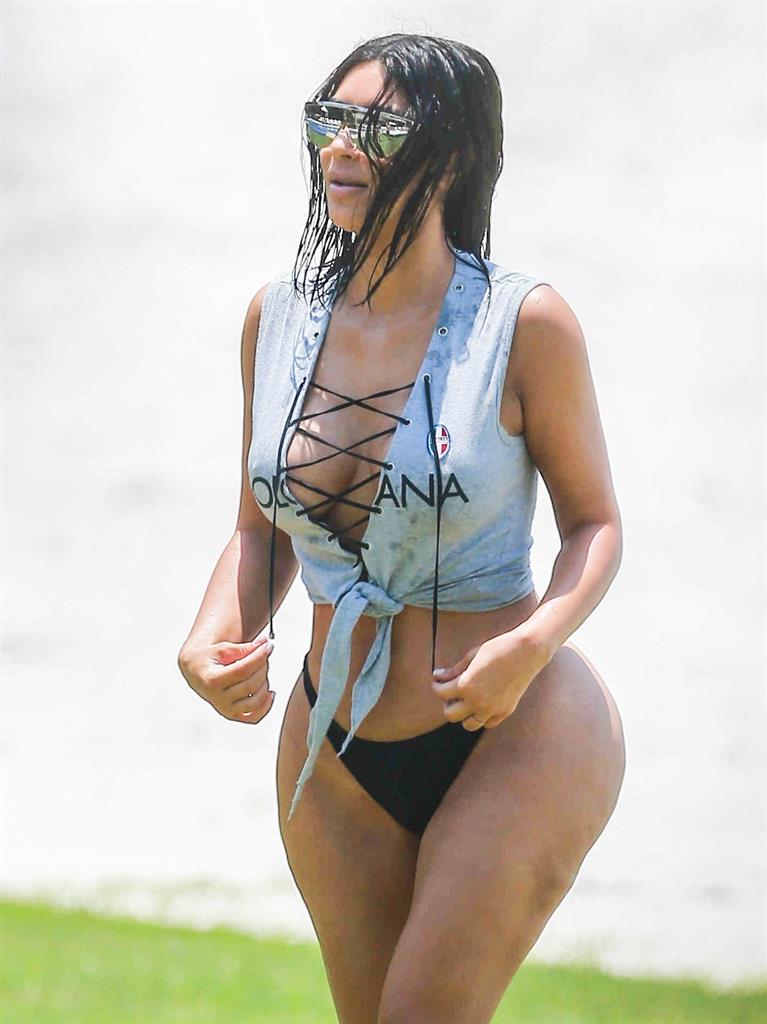 ‘The great thing about these pictures is that she’s not flawless,’ he began yesterday. ‘The unexpurgated, uncensored, un-airbrushed Kim Kardashian.’ Reid, 46, praised the mum-of-two for revealing her cellulite, adding: ‘We should celebrate cellulite. It’s a fact of life for, I’d say, 90 per cent of women.’

‘Why would we celebrate it? We put up with it, tolerate it, but not accept it,’ he responded. ‘Flaws should not be celebrated.

‘She’s just launched her new emoji of her backside next to an ashtray which she’s called ‘ass tray’, so I think her posterior is fair game.’

NEXTPeaking at stars in your lunch break? That’s just Cillian!