A EUROVISION streaker who stormed the stage draped in an Australian flag is an infamous Ukrainian prankster who has targeted Kim Kardashian in the past, it emerged yesterday.

Vitalii Sediuk was yanked off stage after mooning the cameras as last year’s winner Jamala performed during the song contest in Kiev.

Sediuk, 28, has pulled pranks on Brad Pitt, Adele and Will Smith — and last year tried to pinch Kim’s bottom in Paris. He is said to sneak into VIP areas with ID from his ex employer, a Ukraine TV channel.

Eurovision, in which Australia competes despite not being in Europe, was won by Portuguese Salvador Sobral, 27. He sang a love ballad by his sister Luisa. 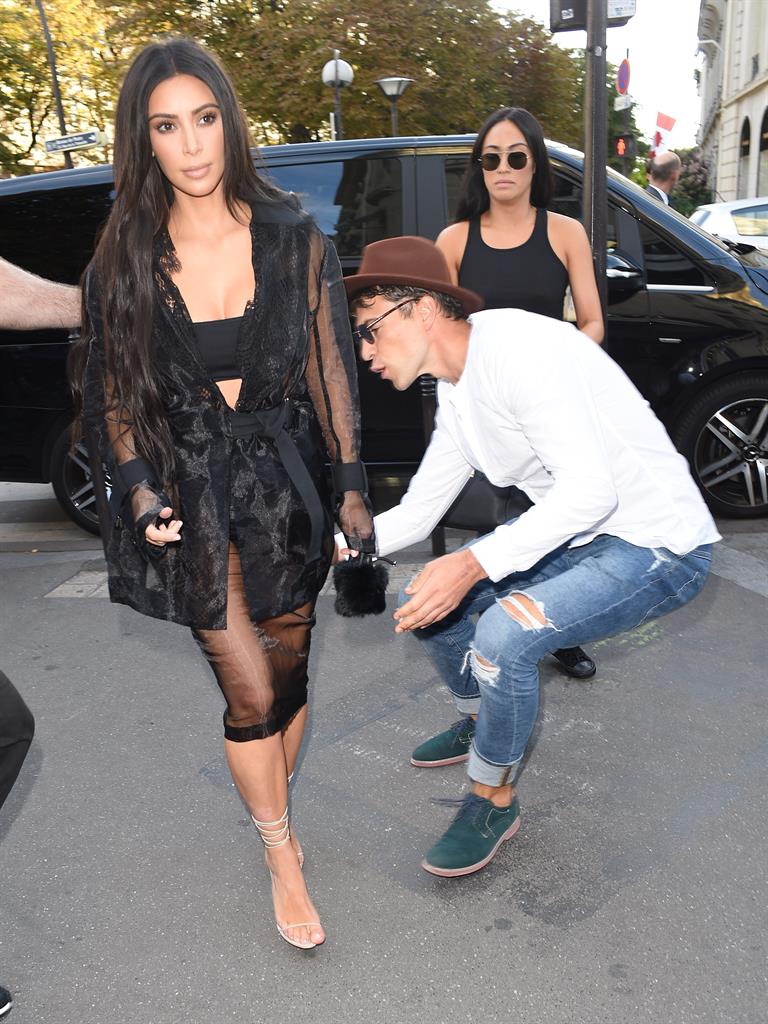