AVENGERS hunk Aaron Taylor-Johnson needed two attempts at smooching his missus as the couple made a splash on holiday in Turkey.

The 28-year-old heart-throb showed he hasn’t lost his muscles from playing Quicksilver in 2015 blockbuster Avengers: Age Of Ultron as they relaxed on board a luxury yacht.

His other half, 51-year-old artist/director Sam Taylor-Johnson, twice went in for a kiss with her dripping-wet hubby, finally making it on her second attempt. 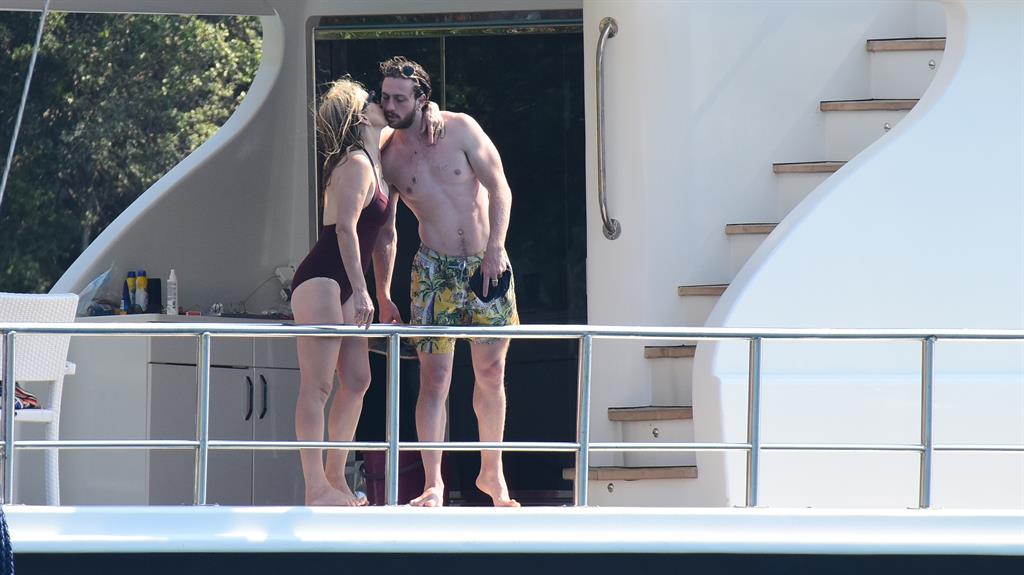 The couple, who met when the actor was 18, have two daughters — Wylda Rae, eight, and six-year-old Romy Hero.

Last year Aaron, who won a Golden Globe for his role in Nocturnal Animals, warned fans he may quit Hollywood to become a stay-at-home dad, saying: ‘I get more fulfilment from being a father than I do from being an actor. I’m still constantly wanting to give it up.’