Kristen Stewart socks it to her critics

KRISTEN STEWART’S choice of footwear stole the show as she talked up her directorial debut this week.

Heads turned to the ground while the 27-year-old actress discussed her upcoming short film Come Swim.

As she perched on the side of the stage at the Museum of Modern Art in New York, K-Stew’s jeans rode up to reveal a pair of socks emblazoned with the words ‘mother’ and ‘f***er’. 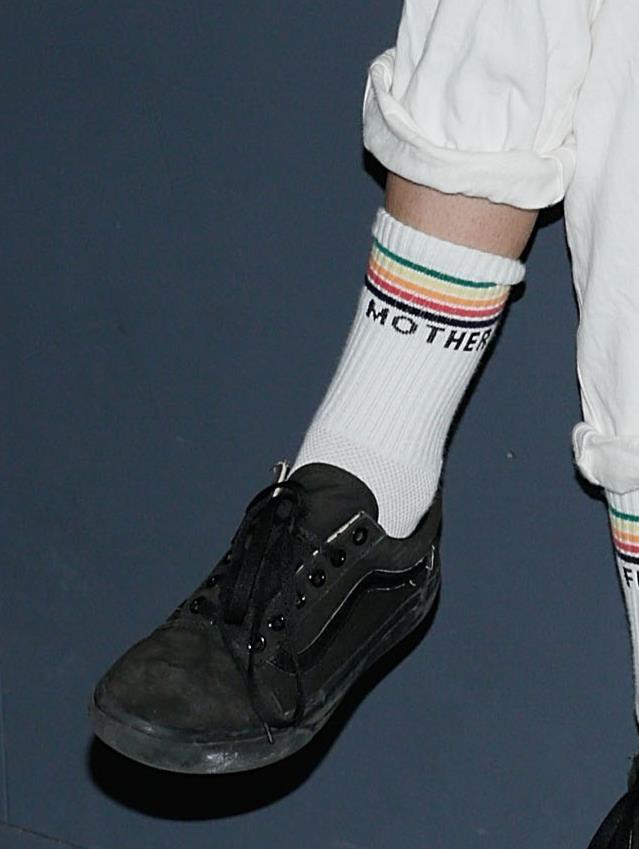 NEXTTaylor Swift is a victim of dDouble standards, says pal