KYLIE Minogue has joined a host of celebrities hailing Australia’s vote in favour of same-sex marriage.

The Aussie soap star and singer was joined by famous faces from Elton John to Piers Morgan in celebrating the historic non-binding vote, which saw 61.6 per cent of Australian voters back the proposal.

Kylie, who famously pledged not to marry her former fiance Joshua Sasse until it was legal for people of the same sex to do so in her home nation too, took to Twitter today to declare her support for the vote. 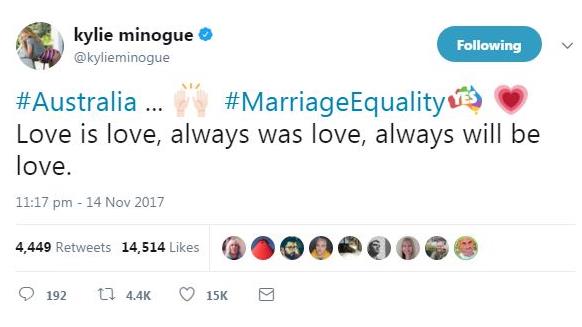 Meanwhile, singer Sam Smith, who last month came out as gender fluid, said in his own colourful tweet that the vote had left him ‘breathless’. 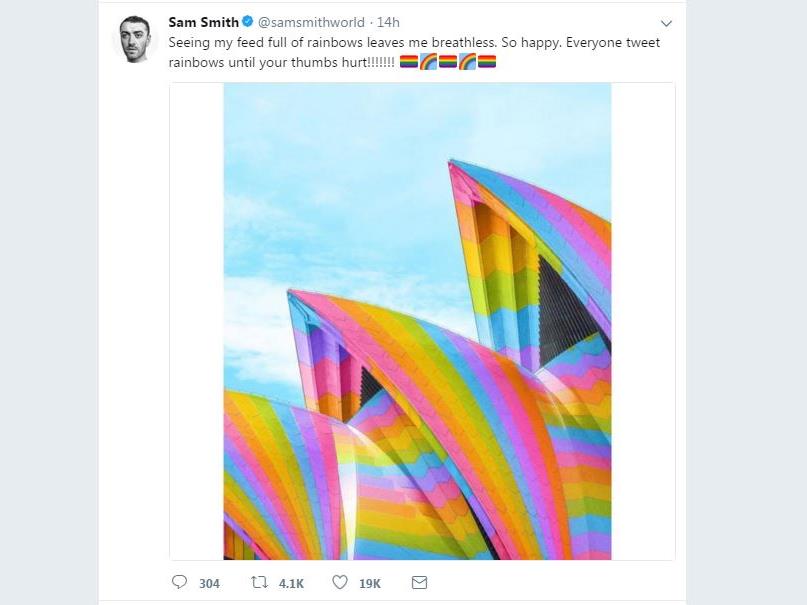 Transgender comedian Eddie Izzard, who is Down Under at the moment, shared a rainbow-lit snap of the Sydney Opera House, adding that he was happy to be there at that historic moment.

Judge Tonioli hailed the ‘fantastic news’, while contestant Coles, who has a civil partner, referenced Kylie’s Neighbours role in his celebratory tweet.

‘Thanks Oz! I haven’t felt like this since Charlene and Scott,’ he wrote. 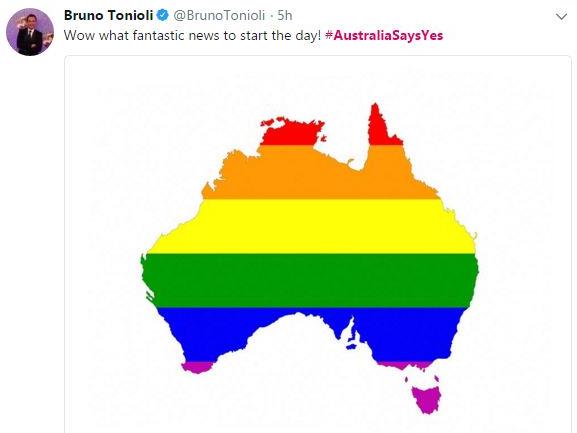 Elton thanked Australia, while diver Daley wrote: ‘The BEST news to wake up to! Congratulations to Australia and everyone that can now share their love EQUALLY!’ 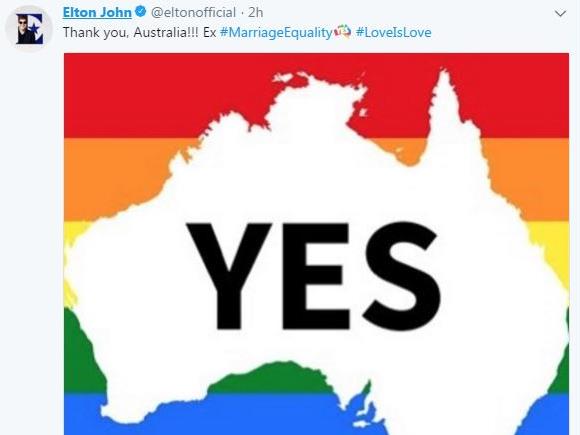