KYLIE Minogue has denied altering a photograph of herself posted on Instagram.

Fans accused the singer, 49, of using Photoshop when she posted a snap from her 2018 calendar.

The image showed the star leaning against a hotel balcony while wearing a crop top and high-waisted bikini bottoms.

Fans asked ‘why is the wall curved?’, ‘is it available without Photoshop’ and ‘Photoshop fail’.

Minogue hit back, posting another image of herself in the same outfit against a backdrop of the luxury hotel’s ‘wonky walls’.

‘Lovers you have eagle eyes. I’ll ask the Chateau Marmont (hotel) to straighten their walls but it’s part of the charm!! Wonkywalls. However, thanks for being on it!,’ she wrote. 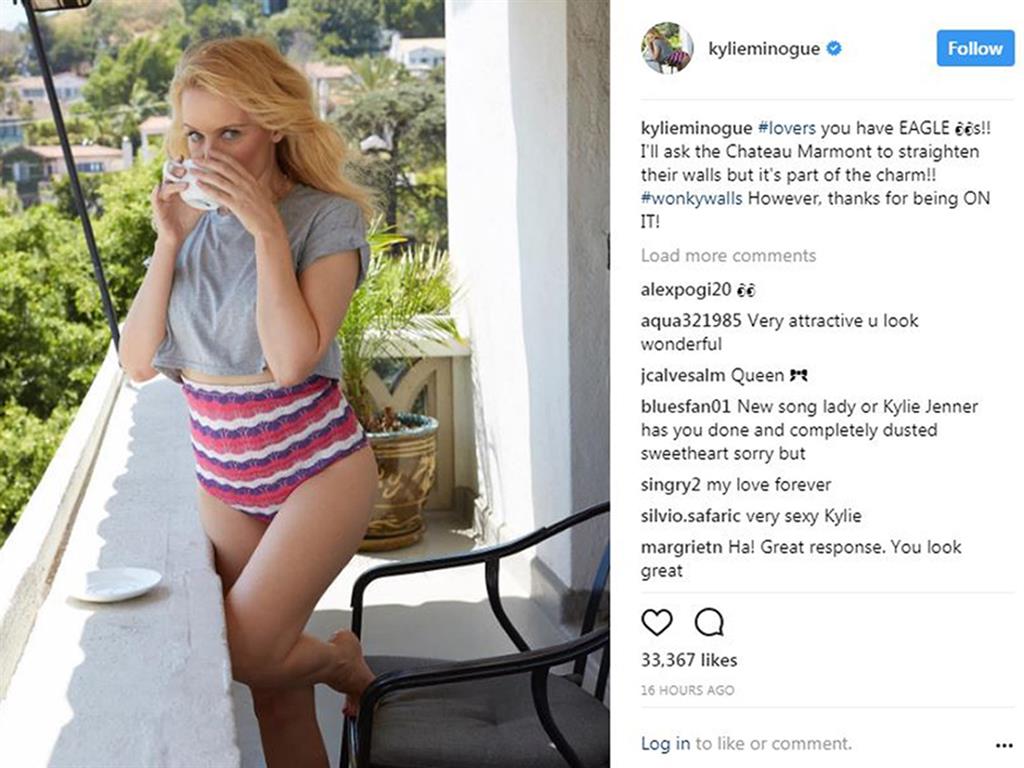 Minogue’s bottom became famous in its own right when she donned gold hotpants for her comeback single Spinning Around.

She previously told the Mail On Sunday: ‘I think of it as something entirely separate to me.’

NEXTMud for it… Carey Mulligan shines at film launch