KYLIE MINOGUE has ruled out ever getting married after her heart-breaking split from fiancé Joshua Sasse.

In fact, the Aussie pop princess has revealed she always doubted she would make it to the altar.

‘I never thought I would get married,’ said Minogue, 49, who broke up with British actor Sasse in February last year. ‘Just going through “being engaged” seems like an experiment because I’d never as a girl or in all my life had a vision of getting married.

‘It’s not something I needed or wanted. My parents never brought me up with the idea of “the big marriage”. I never had it as a goal.’

The ex-Neighbours star had a change of heart after meeting Sasse, now 30, in September 2015: ‘I thought: “Maybe I’ve got it all wrong and I should go for it. Maybe I should do what most of the world do. It works for them.”

‘Now I’m going to stick to my previous view. I don’t think marriage is for me.’ 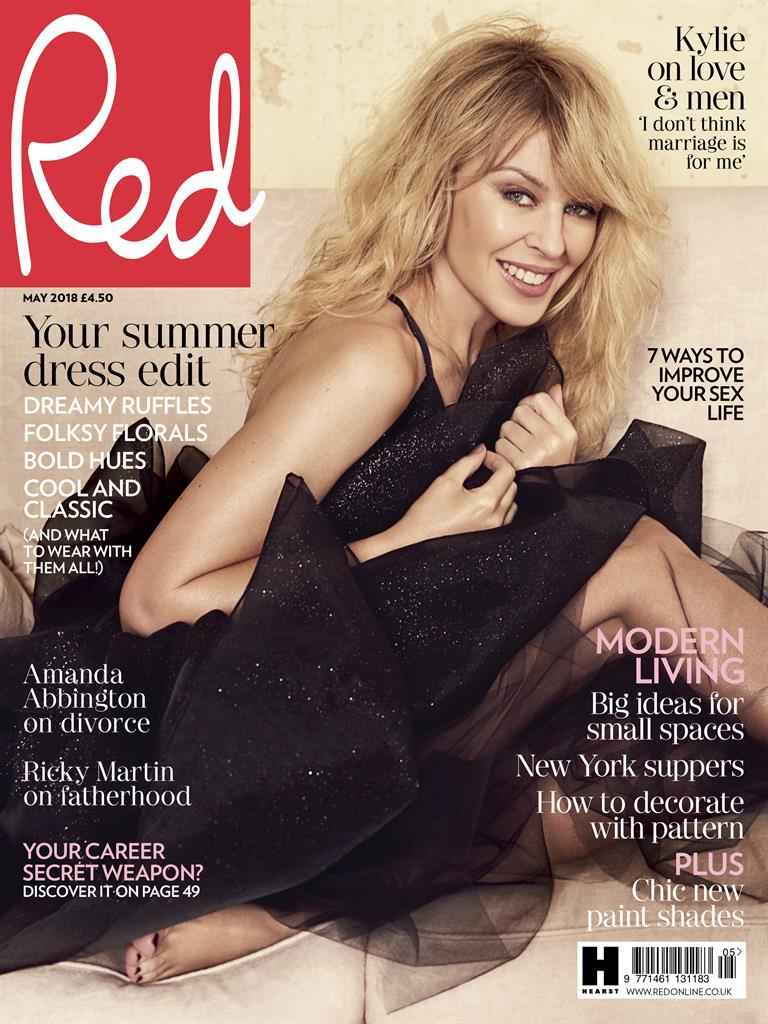 The Can’t Get You Out Of My Head singer reflected on moving on from Sasse amid cheating claims. ‘You can’t negotiate the downfall of your relationship carefully. I did have to rebuild myself. But no, 2017 was a great year. I loved it,’ she said.

The chart-topper, whose exes include French actor Olivier Martinez and late INXS singer Michael Hutchence, is embracing turning 50 next month.

She told Red magazine: ‘I am this age, I’m accepting of it, I’m trying to be more loving of myself. My girlfriends who have turned 50 care more about what is important and less about other things. It’s pretty cool. If you can’t fight it, feel it.’

The full interview appears in the May issue of Red, on sale tomorrow.