LADY GAGA has dismissed rumours of a romance with Bradley Cooper following their viral duet at the Oscars.

The A Star Is Born co-stars set tongues wagging after they performed an intense version of the film’s hit song Shallow at the 91st Academy Awards.

Gaga — who picked up an Oscar on the night — stared into Cooper’s eyes as they sat next to each other on a piano, before later resting their heads together. 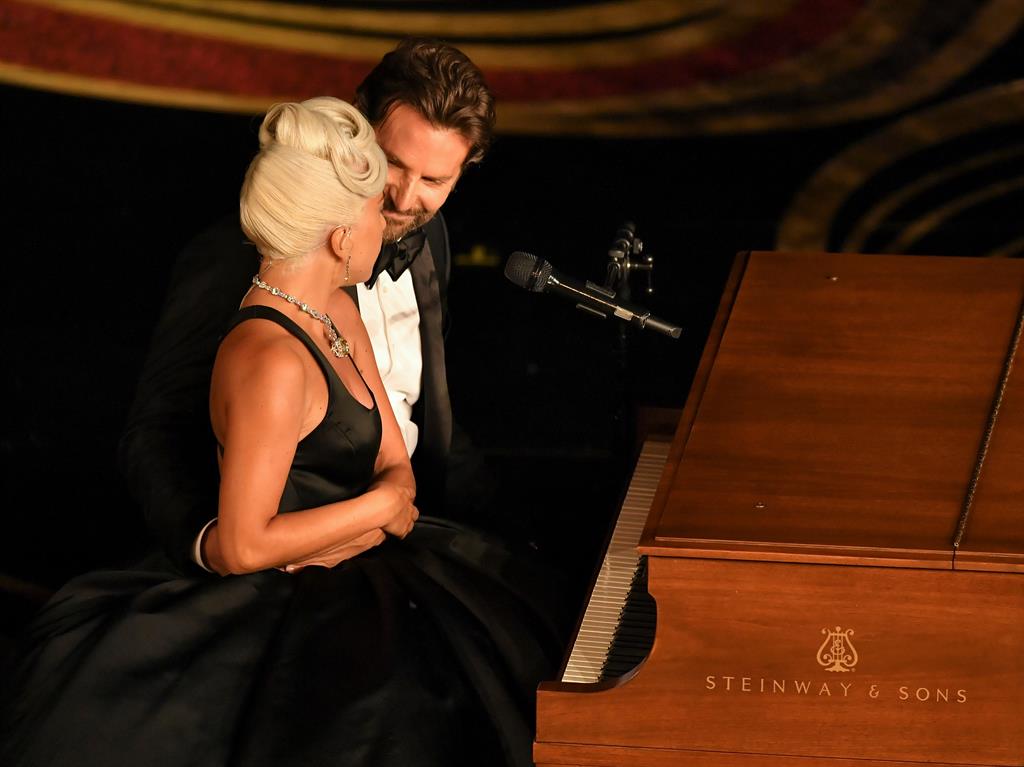 The performance led to speculation on social media, however Gaga has denied there is anything other than a professional relationship between the pair.

During an appearance on Jimmy Kimmel Live yesterday, the host asked Gaga, 32, about the performance.

Gaga rolled her eyes and said: ‘First of all, social media quite frankly is the toilet of the internet and what it has done to pop culture is abysmal.

‘And people saw love, and guess what, that’s what we wanted you to see. This is a love song, the movie is a love story.’

Gaga said she was comfortable with Cooper, 44, directing the performance, as he did with the film.

She said: ‘From a performance perspective it was so important to both of us that we were connected the entire time. I mean, look, I’ve had my arm around Tony Bennett for three years touring the world. When you’re singing love songs, that’s what you want people to feel.’

Kimmel jokingly asked her if she was having an affair with singer Bennett, 92.

Gaga, holding up the Oscar she won for best original song, replied: ‘No, I’m an artist and I guess we did a good job and, told ya.’

NEXTJames Morrison will get the snip after brush with death