LADY GAGA dismissed rumours she was pregnant and confirmed she was working on a new studio album.

The singer and actress, 32, is fresh off her success from the film A Star Is Born, for which she won an Oscar for best original song.

Gaga has now told fans they can expect new music from her and has said an album is on the way. 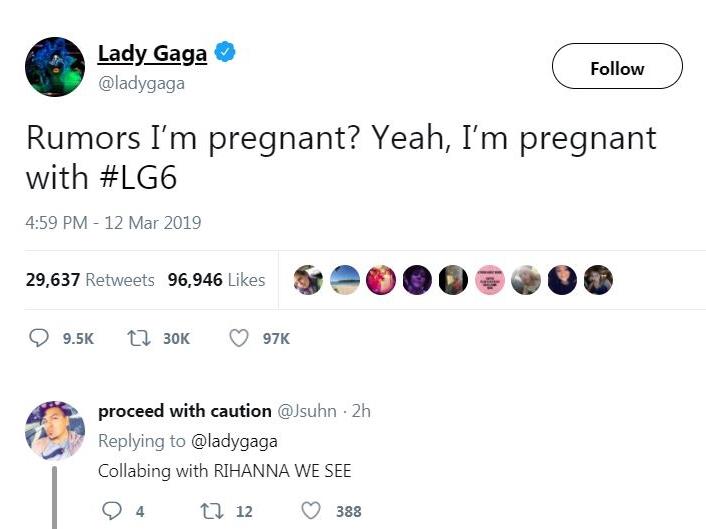 Addressing reports in the US that she was expecting, Gaga tweeted: ‘Rumors I’m pregnant? Yeah, I’m pregnant with #LG6.’

It will be her sixth studio album and her first since 2016’s Joanne. Gaga, whose real name is Stefani Germanotta, rose to international prominence following the release of her debut album The Fame in 2008.

She followed it up with the hit Born This Way in 2011. Last year she starred alongside Bradley Cooper in A Star Is Born, playing an emerging pop star opposite Cooper’s ageing rocker.