Leigh-Anne, hot and bothered by steamer

LITTLE MIX’S Leigh-Anne Pinnock struggled to Power on after scalding herself backstage.

Footage from a documentary trailing the girl band shows the 26-year-old squealing in pain after spilling the contents of a vocal steamer on her legs. 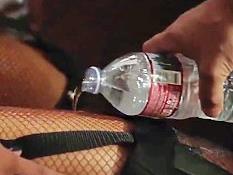 In it, Leigh-Anne winces as a crew member pours cold water over the injury. It was announced in April that she had to pull out of a US gig after an accident but this is the first time fans have seen what happened.

NEXTTokio Myers: I was tempted to go down the gang routes