A DISHEVELLED looking Liam Neeson was supported by his girlfriend Freya St Johnston as he made his first red carpet appearance since last month’s race row.

The Taken actor looked grey and unshaven as he dodged questions outside the Curzon Cinema in Mayfair this week. He and publicist Freya, 41, were there for the launch of his pal Ralph Fiennes’ film The White Crow. 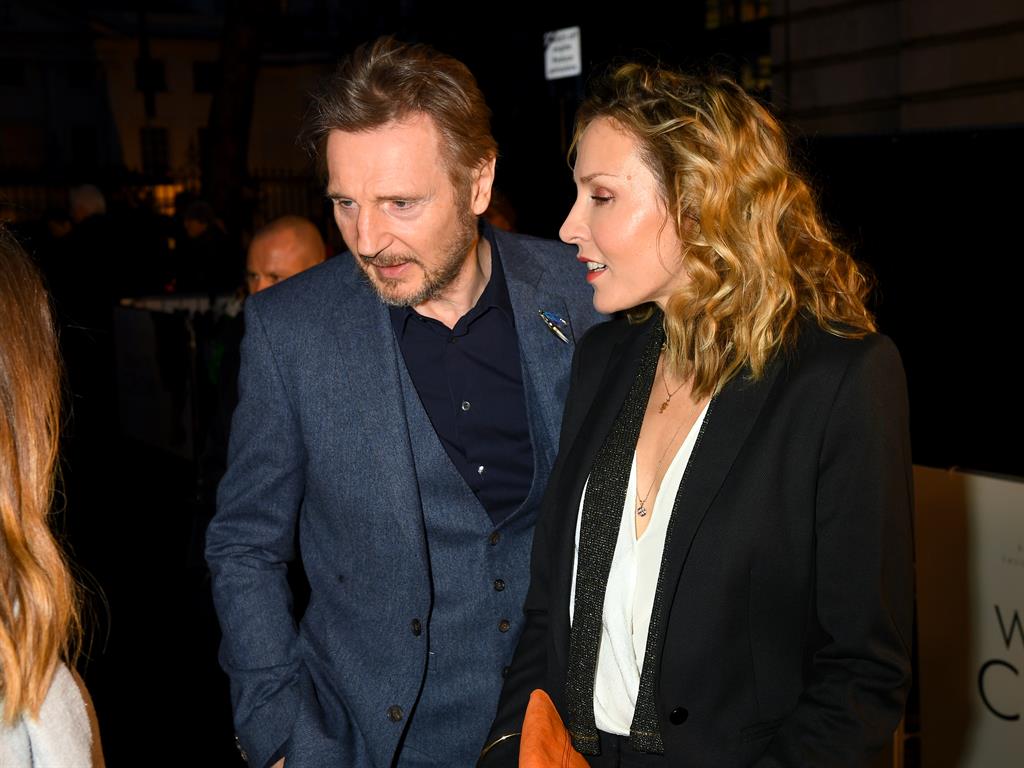 Last month, Neeson, 66, denied he was racist after sparking outrage with the confession that he once roamed the streets to shoot a random black man in revenge for someone close to him being raped.