Liam Payne: Cheryl and I ‘struggle’

LIAM PAYNE has admitted that he and Cheryl ‘have our struggles’ — but denied the couple are on the cusp of a split, saying all relationships ‘go through a spot like that’.

The ex-One Directioner and Fight For This Love singer have been rumoured to be drifting apart lately as they struggle to juggle parenthood — to Bear, aged one today — and both their high-profile careers.

And when the pair put on a lovey-dovey display at last month’s Brit awards, many labelled it a ‘stunt’ to cover up their relationship troubles.

But Liam has opened up in an intervew with the Evening Standard magazine, admitting that the pair are having problems at the moment but saying he has no plans to up and leave.

‘I’m not gonna sit here and say that everything’s absolutely fine and dandy,’ he said.

‘Of course you go through different things, and that’s what a relationship is.

‘But we go through them together as a family and that’s the most important thing for me.’

Media speculation has ramped up about the state of their romance since the pair — who have a ten-year age gap — became parents, with Liam often pictured alone promoting his work in the past year, while Cheryl has been left at home holding the baby.

But Liam said he was ‘fortunate’ to be with someone who understands his world, while admitting this might be a cause of tension.

‘Having someone else who’s so high-profile in the media pushes everything that I do to another level and I think it’s weird,’ he said.

Meanwhile, Liam posted a rare snap of his baby son on Instagram today, captioned: ‘Can’t believe my little man is one today, where does the time go? Happy birthday son you’re my world.’

The tot remained incognito, however, as the image was just a sweet pic of the pair holding hands. 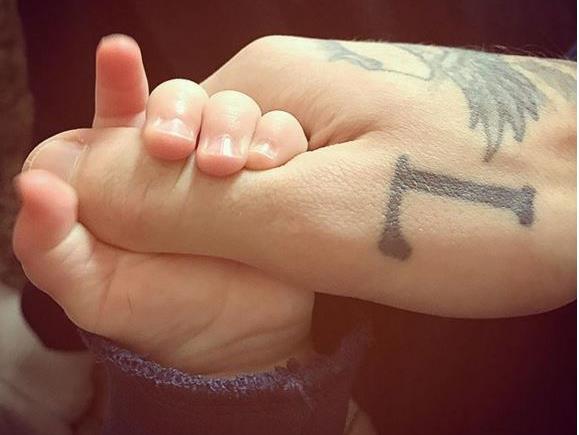 Liam and Cheryl have rarely shared pictures of Bear, with Cheryl only posting one, in March last year, to announce his birth.