LIAM NEESON paid a surprise visit to an enterprising sandwich shop — and got a sarnie named in his honour.

The Big Star Sandwich Co in New Westminster, Canada, got wind of the fact the Taken star was filming Hard Powder nearby and thought they’d hop on the bandwagon by writing on the blackboard outside: ‘Come in and get Taken away by our sandwiches.’ 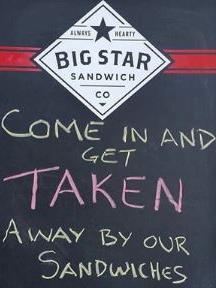 The shop ‘absolutely did not think he’d actually show up’, but it wasn’t long before Liam came in, channelling his Taken character Bryan Mills, to demand his dues.

Speaking in his distinctive brogue, he reportedly simply said: ‘Where’s my sandwich?’

Liam didn’t stop to eat, apparently, but he did get his pic taken with staff and the sign that kicked things off.

And the sandwich company quickly leapt on the free publicity, inventing a whopper called ‘The Neeson’. 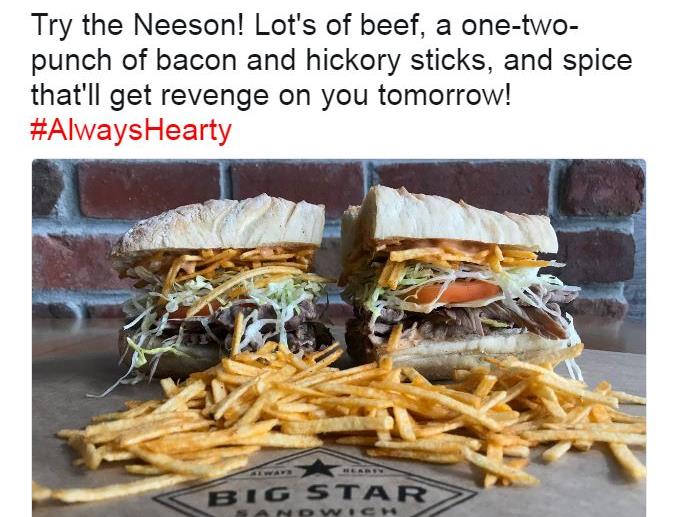 Predictably, Twitter has gone mad for the story, with one poster simply asking: ‘Was his order #Taken?

Another reworked a Taken quote to comic effect: ‘What I have is a very particular sandwich order. An order that makes me a nightmare for ppl like you. If you srv me I will not pursue you.’

But not everyone was impressed, with one person calling Liam a ‘cheap-ass bum who cannot afford even sandwich’. 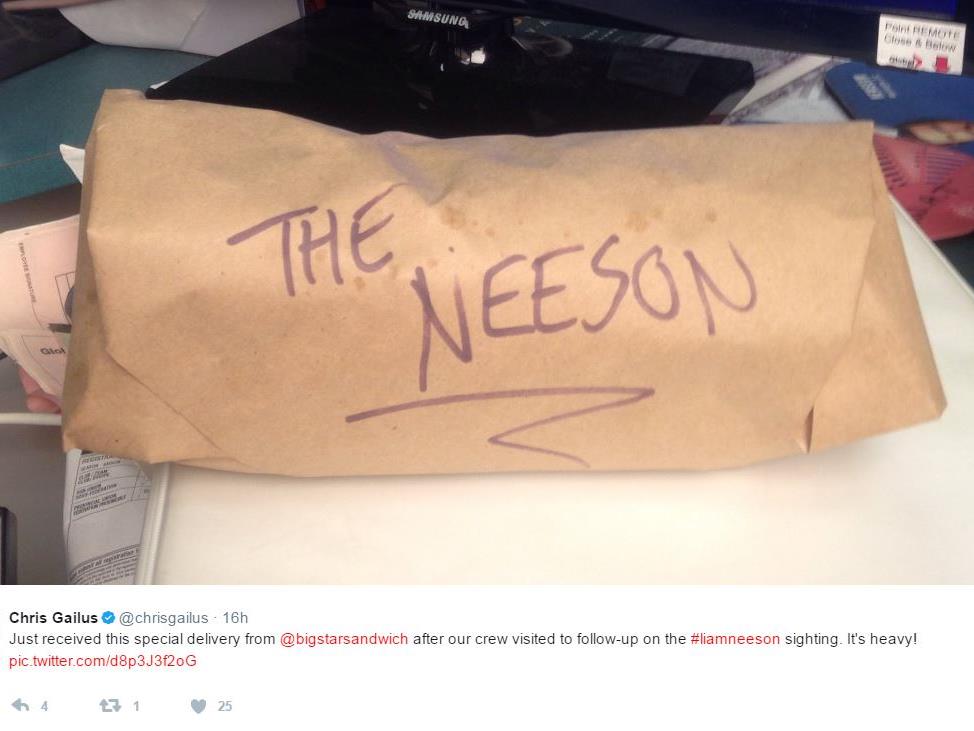 Another poster thought it was a great ruse, however, vowing to try it out himself.

‘I just put a large “Jennifer Aniston eats here for free” sign outside my door. Here’s hoping,’ he wrote.