LILY JAMES had a real battle on her hands when she was hit with a wardrobe malfunction on set.

Filming was suspend(er)ed as the ex-Downton Abbey star fixed her costume on Bude beach, Cornwall. 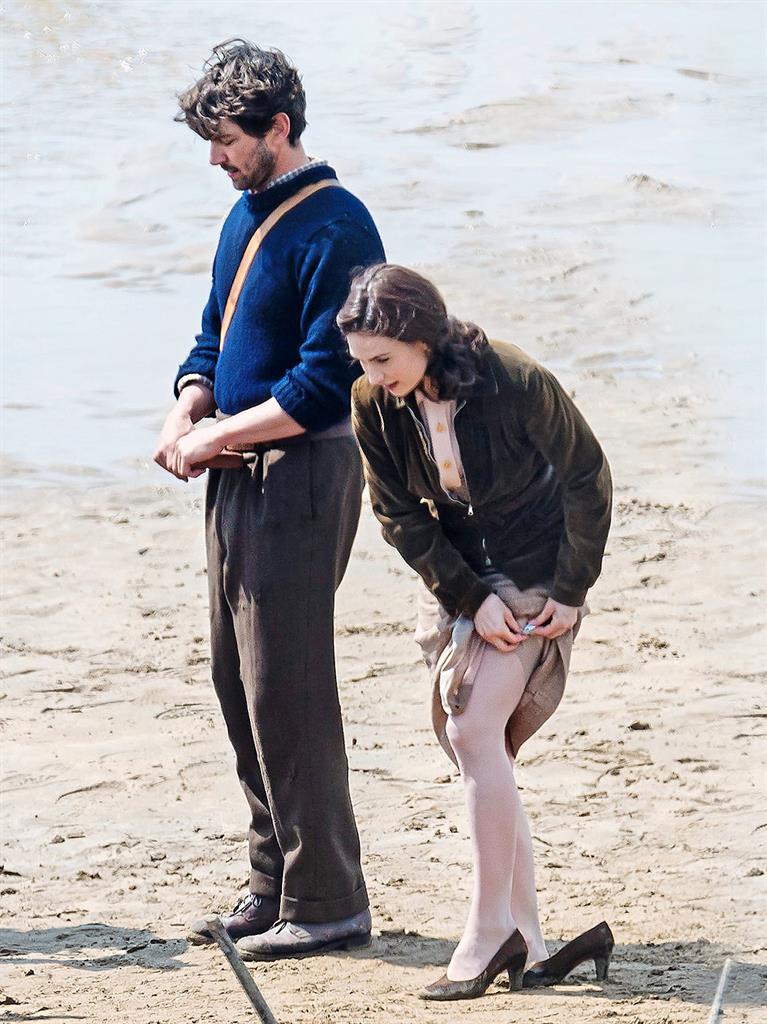 Locals had to avert their eyes as the actress, 28, hitched up her skirt to stop her stockings falling down.

It happened as Lily, who dates ex-Doctor Who actor Matt Smith, was filming period drama Guernsey.

Blushes spared, she larked about with co-star Michiel Huisman, 35, better known as Daario Naharis in Game Of Thrones. The film, set during the Nazi occupation of the Channel Islands, is out next year.

PREVIOUS‘Albert Square will never be the same again’