THEY might be buying her new album in their millions, but fans weren’t buying Taylor Swift’s big live comeback when they blasted her for miming.

After receiving rave reviews for her latest album Reputation and smashing sales targets, Taylor upset her fans with her performance of two songs on the US TV show Saturday Night Live.

Surrounded by a troupe of female backing dancers, the 27-year-old seductively warbled Ready For It before attempting to show off her musicality with an acoustic guitar performance of Call It What You Want. 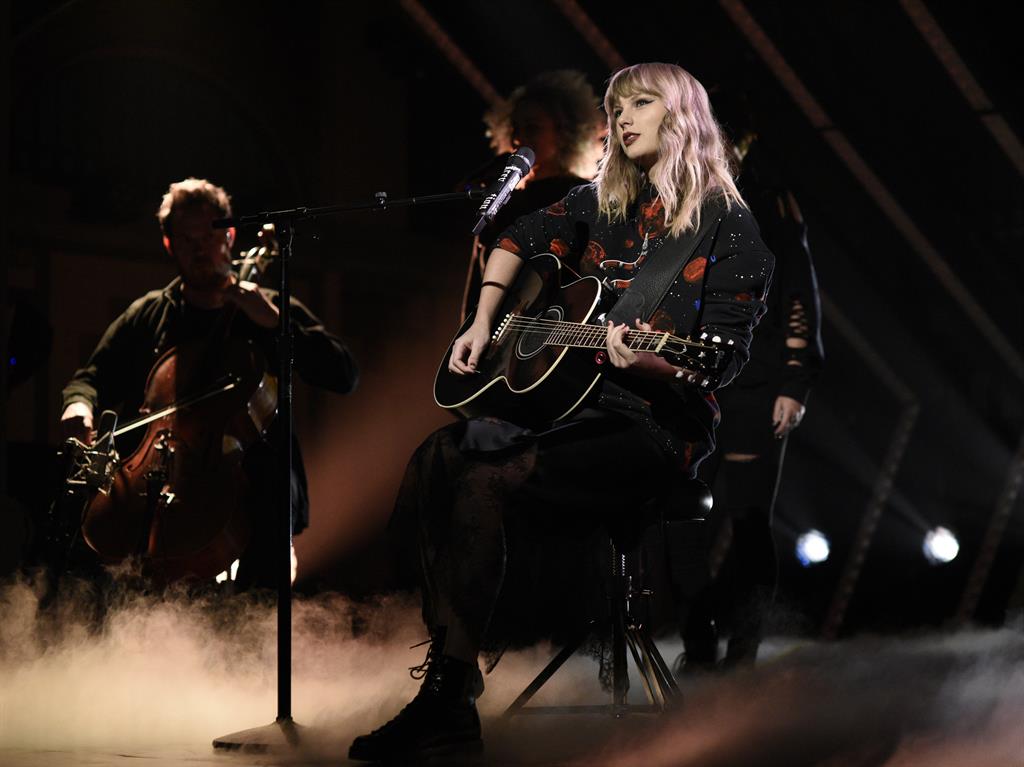 However, some fans used the hashtag #lipsync to ridicule her. One tweeted: ‘Are we supposed to suspend belief and pretend she’s singing live?’

Another wrote: ‘With lip syncing this obvious why even give Taylor Swift a microphone?’ All eyes will now be on the star’s next big live stage date next month at the O2 in London when she will have to prove herself at Capital’s Jingle Bell Ball with Coca-Cola.

Meanwhile, Taylor’s ex Tom Hiddleston showed impeccable timing by emerging from the woodwork with some new company himself as she dropped her much-anticipated album last week.

While Swifty has moved on to 26-year-old Brit actor Joe Alwyn, the star of Thor: Ragnarok revealed he has a new chocolate-coloured pooch to cuddle as he took the puppy for a walk in London.

It is claimed that Taylor used her romance with Hiddy, 36, as material for two tracks, I Did Something Bad and Getaway Car.

Pals of Swift insisted to Guilty Pleasures last night that she ‘100 per cent sang live’.

PREVIOUSMegan Fox: I may be having kids from here to maternity

NEXTStrictly star Ruth Langsford ends up bottom of the pile