A FAMILY court judge has drawn the 19-year marriage of former footballer Jamie Redknapp and his pop singer wife Louise to a close after concluding the relationship is ‘irretrievably’ broken.

Judge Ian Mulkis on Friday granted a divorce decree at a hearing in the Central Family Court in London.

Neither Jamie, 44, a former Liverpool and Tottenham midfielder who now works as a television pundit, nor Louise, 43, a founding member of the band Eternal who reached the final of the BBC’s 2016 Strictly Come Dancing show, were in court.

Paperwork showed Louise had filed for divorce and claimed the marriage had irretrievably broken down because of Mr Redknapp’s ‘unreasonable behaviour’.

Mr Redknapp had not mounted any defence to his wife’s divorce application. 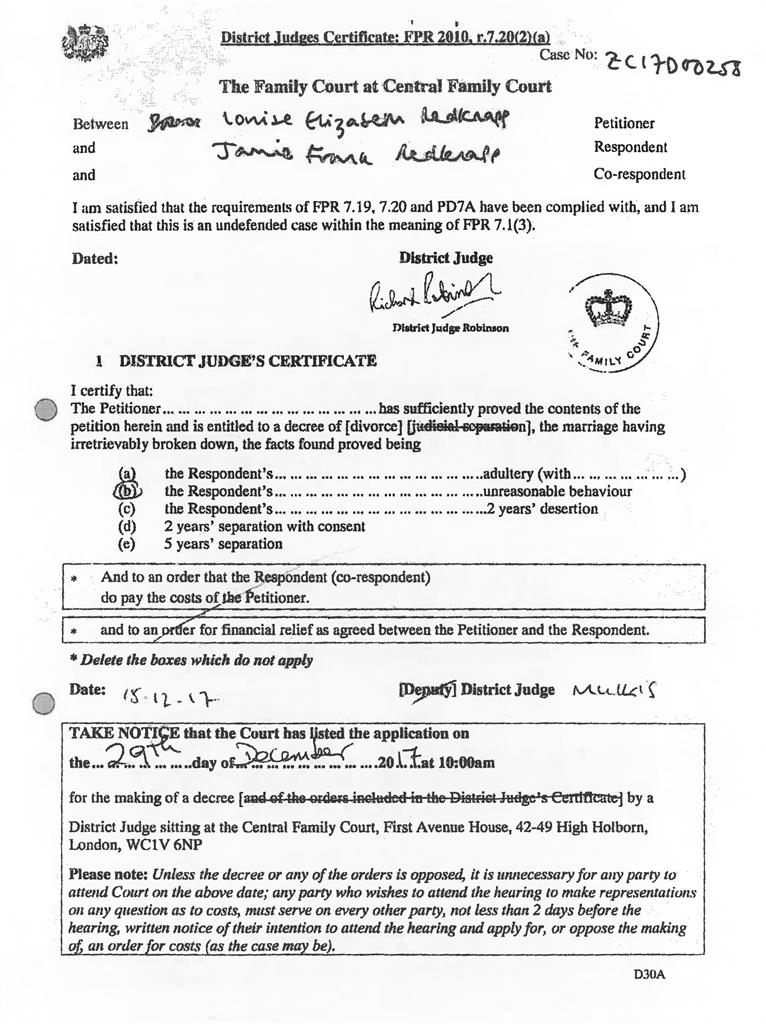 Judge Mulkis held that Mr Redknapp had behaved in such a way that Mrs Redknapp could not ‘reasonably be expected’ to live with him.

The judge concluded the marriage had ‘broken down irretrievably’ and granted a decree nisi.

The judge granted divorce decrees for the Redknapps and two other couples at a public hearing which lasted 25 seconds.

Four journalists were at the hearing but no members of the public.

PREVIOUSPrognosis not good for a third instalment of Doctor Foster

NEXTPhillip Schofield: Why I just had to work with Holly