LOUISE REDKNAPP has been forced to pull out of her latest project after injuring herself in a fall.

The singer, 44, has been rehearsing for the musical version of Dolly Parton’s famous film 9 to 5, in which she was due to play Violet Newstead.

‘It breaks by heart to say I am having to take some time out and won’t be able to continue with my role in 9-5,’ she wrote on Instagram.

‘Due to a nasty fall I have only gone and fractured my wrist and got 10 (yes 10) stitches in my chin.

‘Following my doctors orders — they have said I will be ok but as they say in the theatre ‘the show much go on’ and I wish the rest of the fabulous cast an amazing opening night and I will be back on that stage for 9-5 before you know it.’

Love Island winner Amber Davies, who has signed up to star alongside her as Judy Bernly, wished her well on Instagram. 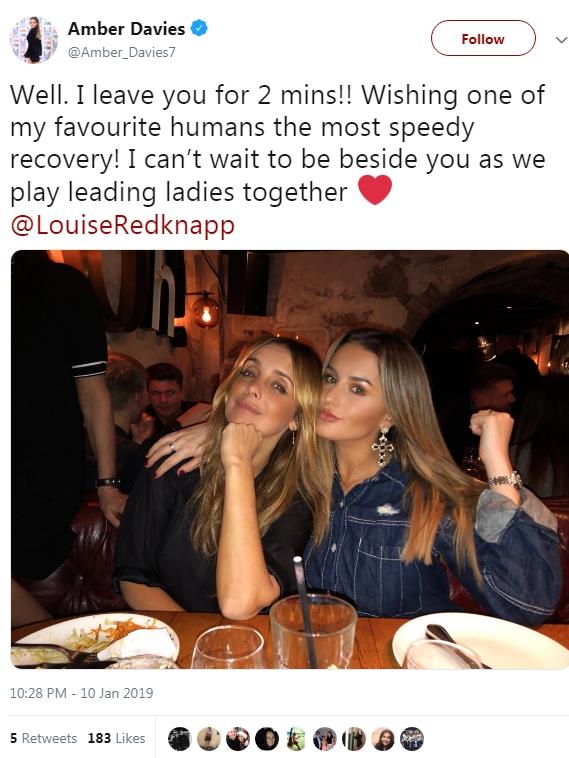 Davies shared a photograph of the pair together and wrote: ‘I leave her for 2 minutes’ followed by a sad-faced emoji.’ 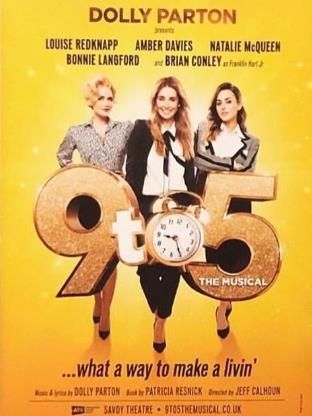 Producers of the show said Redknapp’s replacement would be announced shortly and they hoped she would be back in March or April.

The production will run at London’s Savoy Theatre, with the first preview on January 28.

PREVIOUSZoe: Balls to the idea I got Radio 2 job because I’m a woman