Love Island ‘can be fatal attraction’

RAUNCHY TV hit Love Island will not make the leap from ITV2 to the broadcaster’s main channel next year because it may ‘scare some old people and they might die’, ITV boss Kevin Lygo has joked.

The broadcaster’s director of television confirmed at the Edinburgh International Television Festival that the reality dating programme, which featured Olivia Attwood (below), would stay in place.

Lygo (above) said the success of the show, which regularly drew in 2million viewers per episode this summer, was because it is ‘incredibly well made’ and attracted ITV2’s target audience of 16- to 34-year-olds. 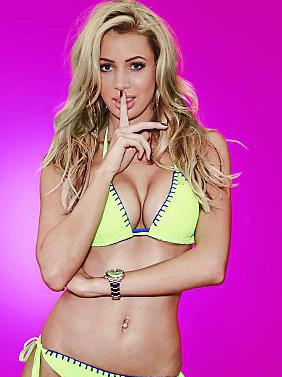 Asked why the show, which sees young, attractive singletons live in a Spanish villa in a bid to find love and win a cash prize, was particularly successful this year, he joked: ‘Harder bodies.’

He added: ‘It was incredibly well made. Any of us who worked on these sorts of programmes know how difficult they are to make. Thank God for Love Island to show young people will come in their droves and they will come every night.

‘On ITV2 we want only 16- to 34-year-olds, it is only commercially sold on them. Love Island comes in and really purified it and all old people have run away.’