LOVE ISLAND’S Kem Cetinay has been warned to ‘be careful who you have around ya’ after a brawl in a nightclub last night.

The warning came from Rykard Jenkins, who was a contestant on the show last year, after he appeared to claim on Twitter that Kem had punched him.

In a now deleted post, Rykard shared a pic of his bloodied face, captioning it: ‘This is Kem Cetinay and his boys.’

In another tweet, he claimed the incident was sparked because ‘apparently I was flirting with Amber’ [Davies], Kem’s girlfriend.

However, Kem, who held a launch party last night, claimed in a Twitter statement this morning that he had ‘absolutely nothing to do with’ the fight.

In fact he seemed rather more concerned about how the fracas would look on ‘the biggest and most proudest night of my career’. 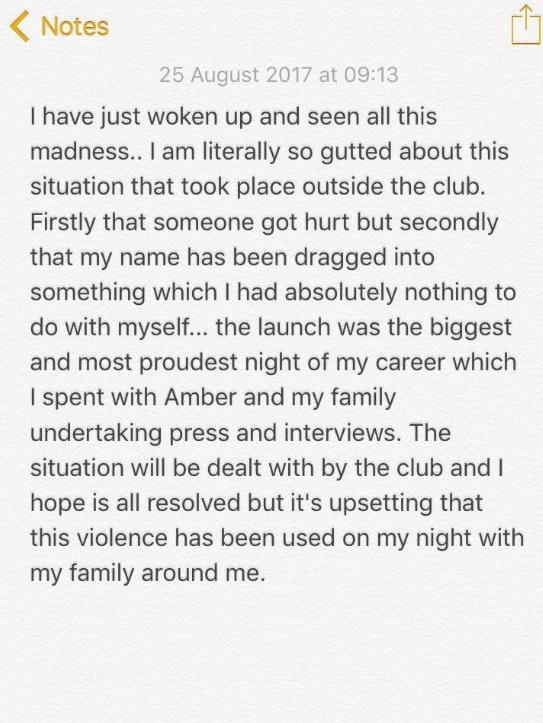 But all seemed to be forgiven later as the pair managed to bring the row to an amicable conclusion.

‘Just got off the phone to @ItsRykard,’ tweeted Kem. ‘We are friends just like we was before, what happened is disgusting.’

Rykard accepted the gesture, but couldn’t resist having a go at Kem’s mates in a parting shot.

‘Appreciate it mate,’ he tweeted. ‘You’re a good kid. Just be careful who you have around ya because you don’t want them ruining things.’

PREVIOUSFamous Five: What happened this week in the showbiz world

NEXTLet’s get ready to rumba