Mabel on Harry Styles and her plan to rule the world

MABEL says she and Harry Styles won’t be mixing business with pleasure when they hit the road together. The rising music star next month joins the former One Direction member on his European tour — but in an exclusive chat with Guilty Pleasures, the Finders Keepers singer vowed to ignore any romance whispers.

‘Oh my god, imagine…’ sighed Mabel. ‘People can say what they want. I’m just focused on the show.’

The 21-year-old was introduced to Hazza, 24, who is currently dating Victoria’s Secret model Camille Rowe, by their mutual music producer pal, Kid Harpoon.

She recalled: ‘We ended up going for dinner and hit it off. I really respect what he’s doing. Obviously, it’s hard going from a band like 1D and doing your own thing.’

Mabel, though, admitted she was never a diehard Directioner — far from it.

‘I wasn’t a massive One Direction fan. I was all about ’90s R&B when I was growing up.’ But surely Harry was her favourite member of the boy band?

‘Definitely,’ she laughed. ‘He was the heart-throb.’

Mabel recently made the shortlist for the Brits Critics’ Choice award but insists there are no hard feelings after losing out to Jorja Smith.

‘It would have been a very nice award [to win] I’m not going to lie. But Jorja deserved that one.’ 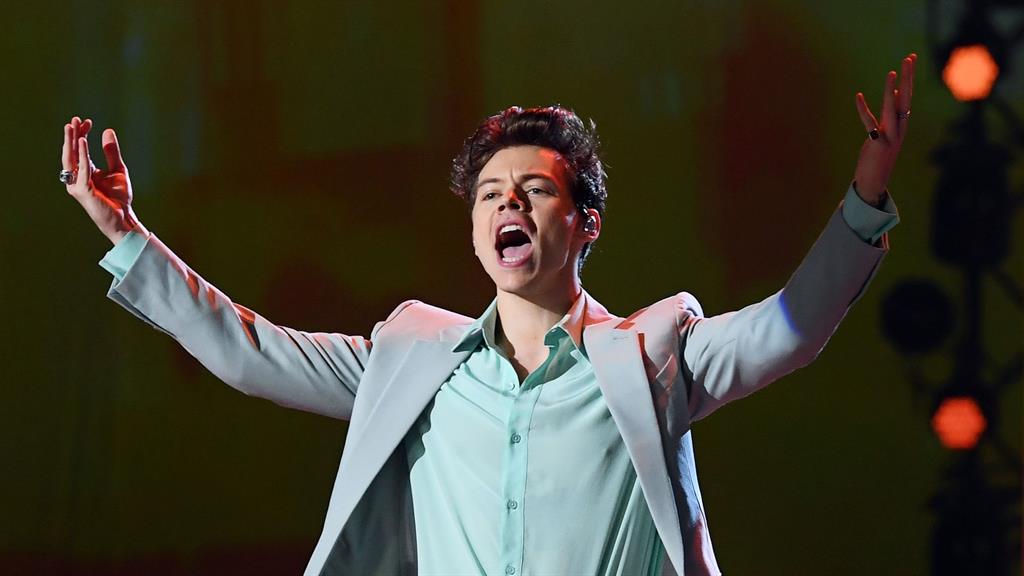 The Spanish-born newcomer, it seems, was always destined for big things.

After all, her parents are ’90s icon Neneh Cherry and Massive Attack producer Cameron McVey. On following in their footsteps, she said: ‘Either you want to do what your parents do, or you step away from it. I was just really inspired by them growing up.’

And Mabel has huge plans for her future. ‘Global domination, the Grammys, world tours… all of that,’ she beamed.

Her new single Fine Line (ft Not3s) is out now.