HOLY lollipops, Batman! Drake was left feeling like a bit of a sucker when an illusionist pulled a pretty sweet trick on him.

The Scorpion singer was left swearing in disbelief during his private knees-up at Annabel’s in Mayfair this week after London street magician Julius Dein, 24, turned what appeared to be a normal lollipop into a sculpture of the Caped Crusader’s head. 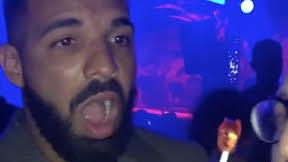 Initially Drake, 31, looked confused as Julius, noticing the lolly he was holding, invited him to name his favourite superhero.

Then, as the Canadian superstar sucked on the sweetie, Julius asked him to slowly pull it out of his mouth… only to reveal he had somehow turned it into the shape of Batman’s head.

Lost for words, Drake could only respond: ‘What the f***?’