The 24-year-old who paraded in her bikini for millions of viewers oozes glamour in a shoot for Grazia magazine.

Megan bounced between contestants Dr Alex George, model Eyal Booker and Alex Miller before hooking up with boyfriend Wes Nelson in the final — but insists the reaction to her time on the ITV2 reality show was ‘sexist’.

‘People definitely do give girls a harder time than men,’ she said.

‘Look at Adam. How many girls did he go through? They’re painting me out to be the biggest player but it’s a dating show and I tested the water.

‘It’s 2018, and women are still getting stick for acting like men. I don’t see why we’re not equal. Even with the fact that I had sex in the villa, I’m open about that. Women enjoy sex just as much as men. Why can’t we say it?’ 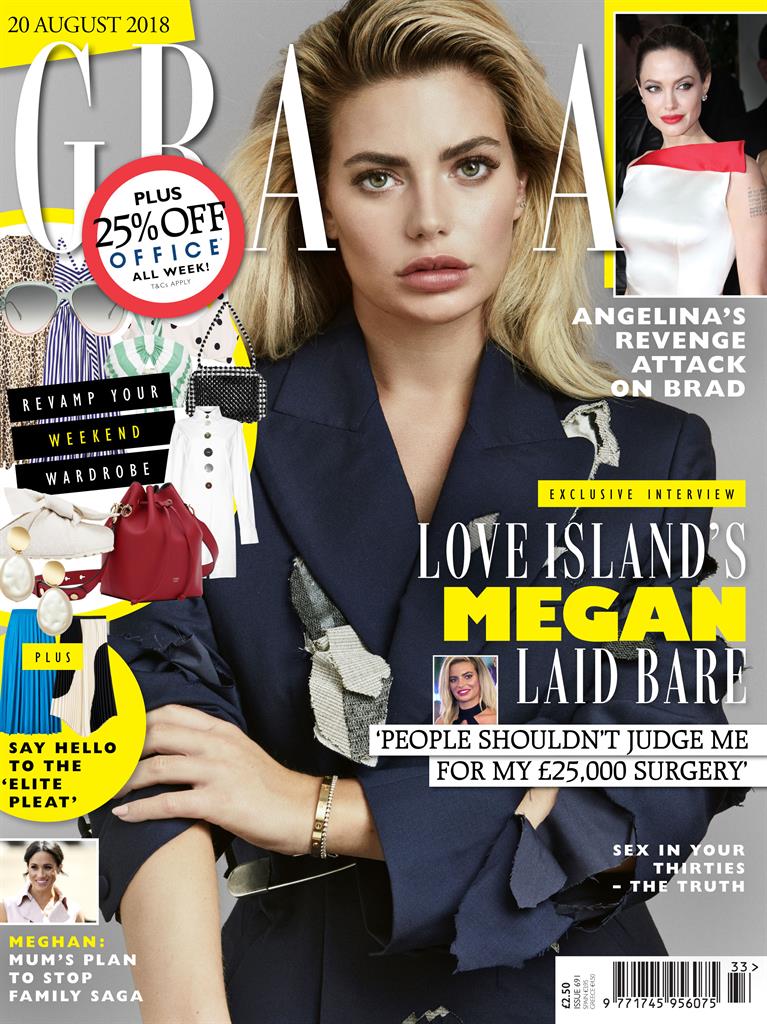 Admitting to plastic surgery she said: ‘I worked so hard to get all the money I could and I feel like I can spend it any way I want. If it makes me feel better, I don’t know why that’s seen as a negative thing.’

Megan also defended her time working as a stripper, saying: ‘I did it for a year — I got in, I got out, I earned my money, I didn’t hurt anyone.’

Read the full interview at graziadaily.co.uk.