Mel and Sue promise to ‘stay true’ to Brucie

COMEDY duo Mel Giedroyc and Sue Perkins have assured fans of The Generation Game that their version — which airs this weekend — has ‘stayed true to the spirit of the original’.

‘This is one of the most cherished entertainment shows of all time and we don’t take that lightly,’ said Mel, adding that it was a ‘privilege’ to front the reboot.

Sue said: ‘We’ve stayed true to the spirit of the original — we meet great families and we try to give them the best night of their lives.’ 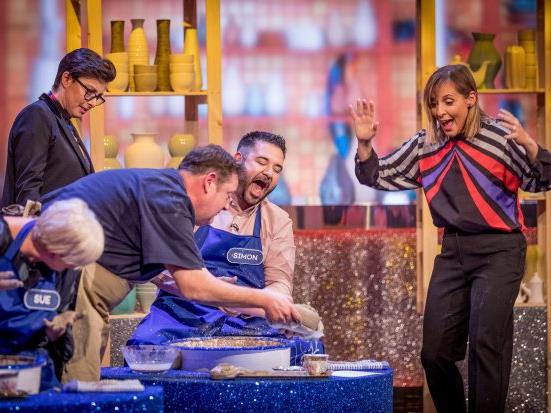 The former Bake Off pair take over, of course, from the legendary late Sir Bruce Forsyth, whom they describe as an ‘utter gentleman’.

‘They don’t make them like that any more,’ Sue said, adding: ‘He was the only entertainer we can think of who not only had a catchphrase, but a personalised silhouette — that bent leg, fist to forehead stance.’

It’s doubtful Mel and Sue will attempt to pull off Brucie’s trademark move, but an insider said: ‘The plan is to have Bruce suitably honoured in the first episode — almost as if he’s handing over the reins.’

The pair will certainly be getting stuck in with some of the challenges themselves , as these plate-spinning pictures reveal. 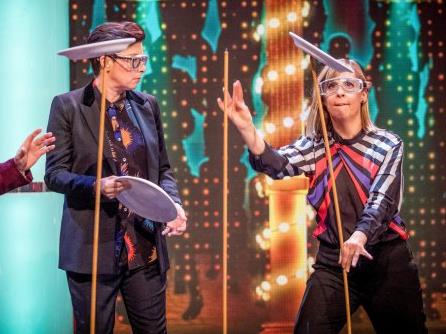 They will also be joined by a panel of all-star judges, from Gemma Collins to Johnny Vegas and Martin Kemp — not to mention retro kids’ TV favourite Basil Brush.