PERRIE EDWARDS appears to be revving up her rivalry with Gigi Hadid — after pinching the supermodel’s biker look.

Fans accused the Little Mix star of giving a shout out to ex Zayn’s current girlfriend when she posted a picture of herself wearing spray-on blue trousers and a top hitched up to expose her toned midriff. 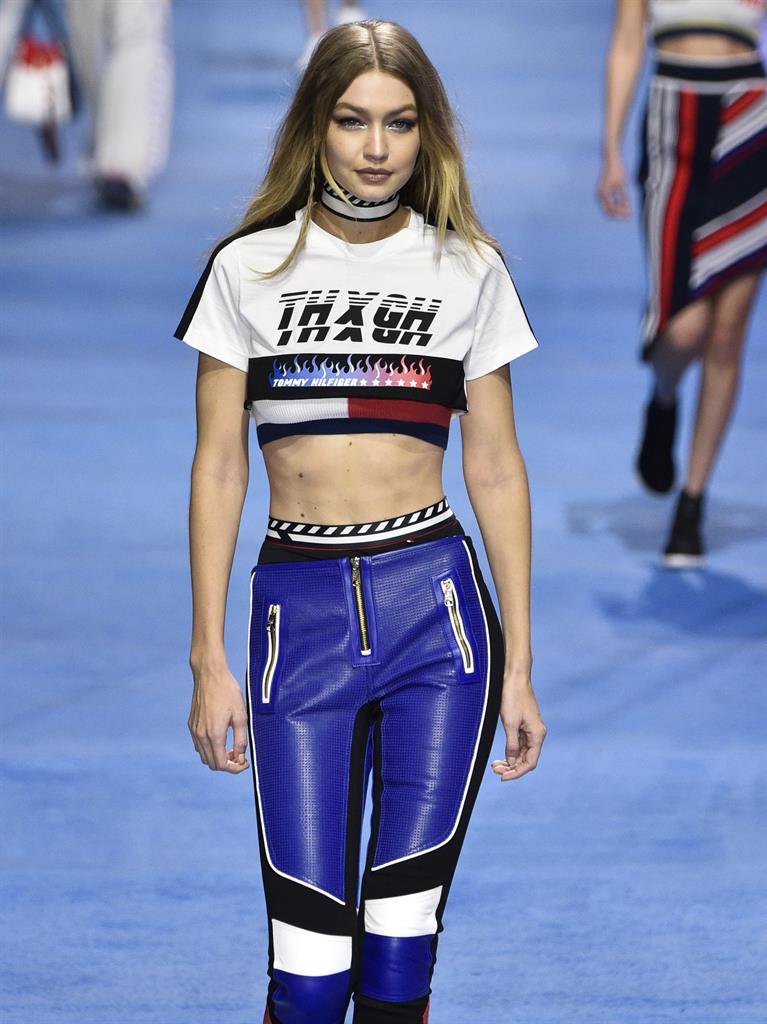 The outfit was strikingly similar to the number worn by 22-year-old Gigi for the Tommy Hilfiger show at Milan Fashion Week on Sunday.

Perrie’s social media followers were quick to play spot the difference. ‘Lmao is u shading Gigi?’ asked one.

Zayn called off his engagement to Perrie in 2015.