MILEY CYRUS has shared pictures of her embracing partner Liam Hemsworth amid reports the couple married before Christmas.

The US popstar, 26, and the Australian actor, 28, shared pictures of themselves kissing and embracing, with Cyrus wearing a floor-length ivory gown. 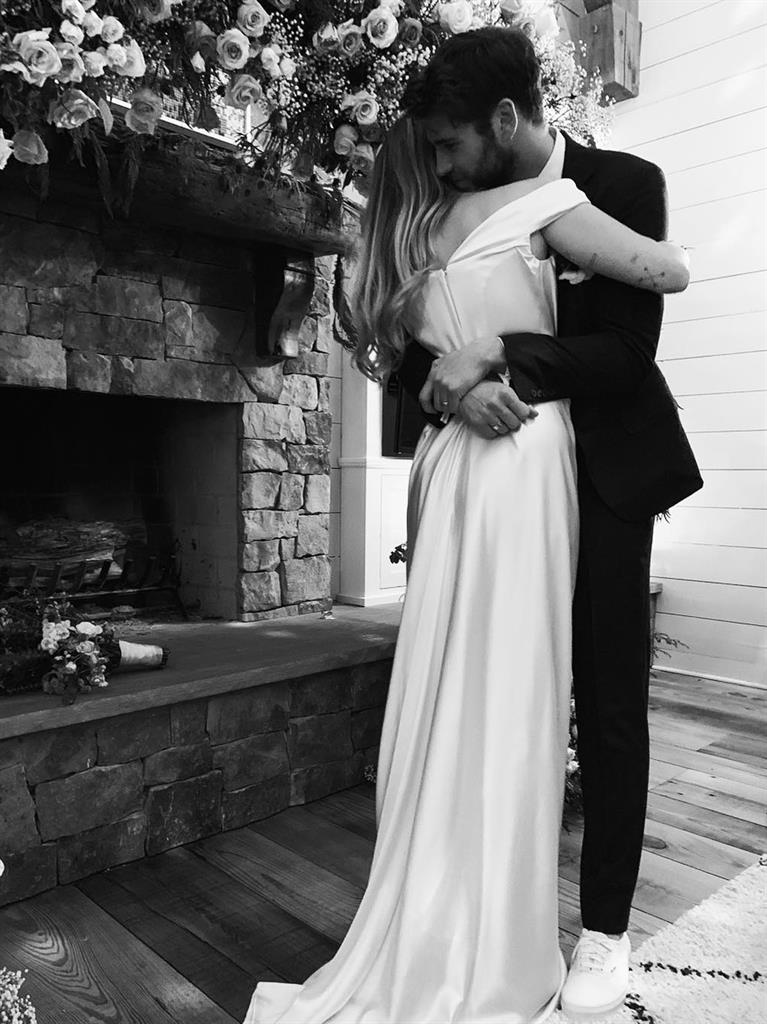 In one of the pictures, shared with her 77 million Instagram followers, Cyrus is seen kissing Hemsworth with the American using the caption: ‘This is probably our one-millionth kiss…’

Another carried the caption ‘12.23.18’, the reported date of the nuptials, while another said ‘10 years later’, a potential reference to The Last Song, a coming-of-age teen romance where Hemsworth played Cyrus’ love interest.