Minaj slammed for showing ‘no shame’

Minaj posted the video for new track No Frauds — which also features Lil Wayne and Drake — on Twitter last night, but quickly came in for a roasting.

Although fans loved the new song, others thought it was insensitive to include the scenes — which feature Minaj in a beaded corset and headdress sitting opposite the Houses of Parliament — just weeks after the March 22 atrocity. 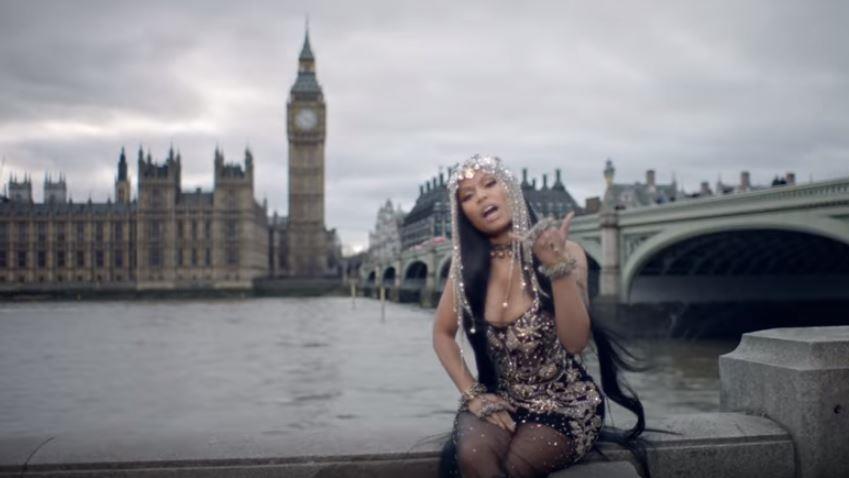 One Twitter user posted: ‘Nicki Minaj by Westminster Bridge in her new vid … too soon?’

While another, seemingly confused about the timeline, wrote: ‘nicki is sitting on the westminster bridge in that video with no shame that an attack had just happened.’

Not everyone understood what all the fuss was about, though.

‘I’m confused, why are people upset Nicki Minaj has Westminster Bridge in her music video? Seriously,’ posted one. 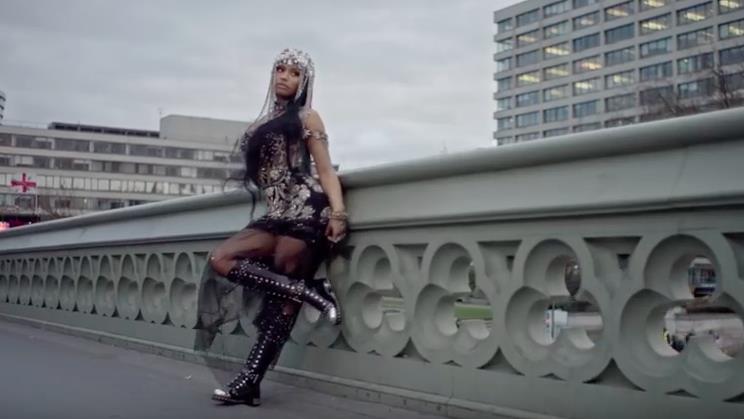 Confusion was understandable, however, as it had been widely reported that the scenes would not be used in the final cut, after Khalid Masood, 52, drove into pedestrians on Westminster Bridge, killing five people and injuring dozens more, before entering the Palace of Westminster grounds and knifing a police officer.

Minaj has yet to respond to the criticism, but sharing a link to her video, she wrote, ‘Honored to have shot this video in London,’ alongside a praying hands emoji.

At the time of the attack, however, Minaj was quick to send a message of support, writing: ‘May God protect everyone in London. Hate hearing this sad news. Sending my condolences to the victims’ families.’