MIRANDA Hart has called out the ‘archaic’ way actors are paid after it emerged The Crown’s lead actors received very different sums.

Claire Foy, who plays the Queen in the Netflix series, is reported to have earned £28,000 per episode, but the show’s creators have admitted her opposite number, Matt Smith, commanded a bigger salary because of his Doctor Who renown.

Nevertheless, the Call The Midwife actress and comedian was unimpressed, posting on Twitter: ‘The archaic system that actors get paid more because they are more well known at start of a series has GOT to change.

‘The “lesser known” may carry the show, work longer hours (list goes on); this system invariably affects women more than men. Good on the producer for saying it.’

Not everyone agreed, however, with one commenter pointing out that Foy was ‘unknown to me’, despite previously appearing in the BBC’s Wolf Hall. 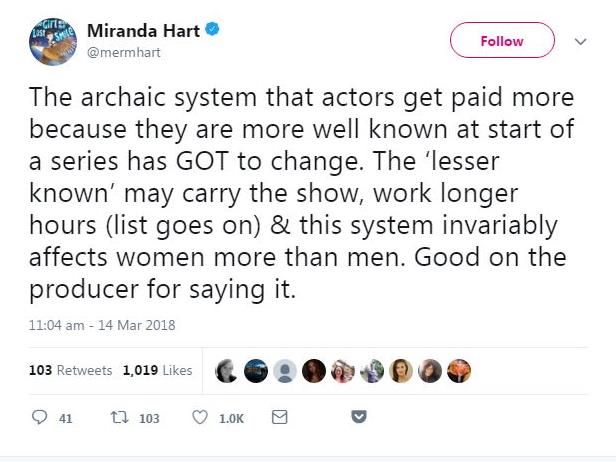 Another accused Miranda of ‘weakening the fair pay argument with naive thinking’.

A third brought Miranda’s own earnings into the mix, cheekily asking: ‘Do you want to confirm to us that you got paid the same as Jude Law and Melissa McCarthy in [2015 movie] Spy?’

The row has ensured one thing, however — The Crown’s producers now say: ‘Going forward, no-one gets paid more than the Queen.’

Of course, that decision is a lot easier to justify now the monarch is to be played in season three by high-profile actor Olivia Colman (pictured), who starred in The Night Manager and Broadchurch. 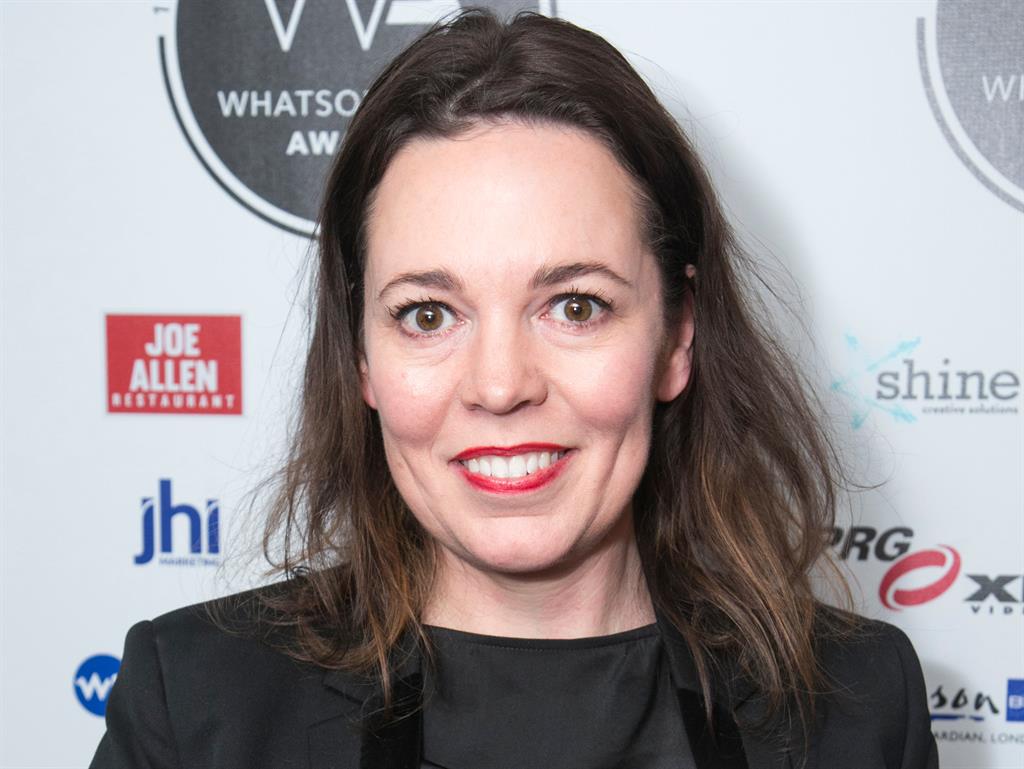 Equal pay has been much on the agenda lately, with All The Money In The World star Mark Wahlberg donating his £1.1million earnings to Time’s Up when it emerged his co-star Michelle Williams had received less than £1,000 for the same reshoot.

NEXTAlexa Chung on weddings… and a funeral