MILEY Cyrus has made it clear — in no uncertain terms — that she does not stand by an apology she issued as a teenager.

Back in 2008, legendary photographer Annie Leibovitz took a picture of Miley, looking like she’d just woken up from a nap, with hair tousled, back exposed and the rest of her body draped tastefully in a sheet. 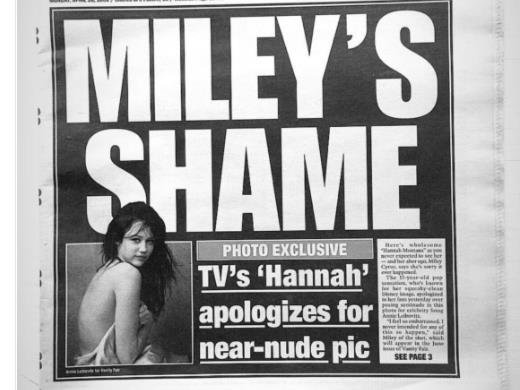 The pictures appeared in Vanity Fair and sparked an outcry as some claimed they were too sultry for the 15-year-old — who was playing kids’ TV star Hannah Montana at the time — causing Miley to apologise.

‘I took part in a photo shoot that was suppose to be “artistic” and now, seeing the photographs and reading the story, I feel so embarrassed,’ Miley told the New York Post at the time.

‘I never intended for any of this to happen, and I apologise to my fans, who I care so deeply about.’

But now, on the 10th anniversary of that interview, Miley has revealed — in an expletive-laden tweet — what many suspected all along — she’s not sorry at all to have taken part in the photoshoot.

Tweeting the New York Post cover, complete with the headline ‘Miley’s Shame’, she summed up her feelings neatly by captioning it: ‘I’M NOT SORRY F*** YOU! #10yearsago.’ 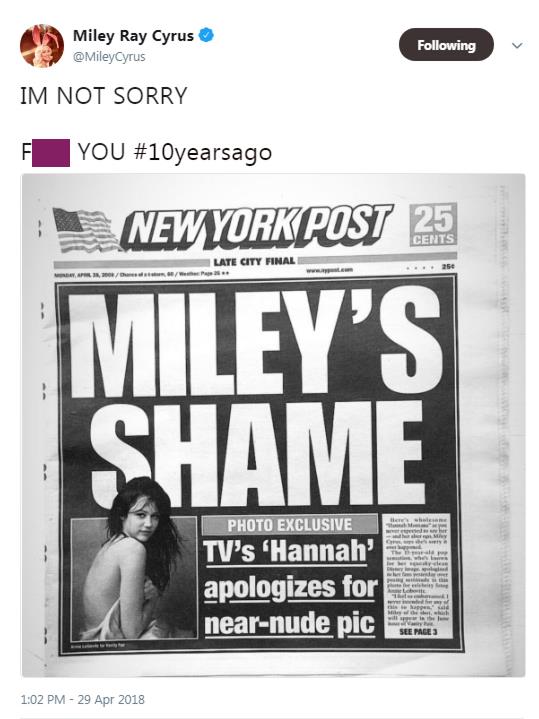 And while some accused her of just trying to generate headlines, most of Miley’s followers seemed to entirely approve of her stance, with one posting an equally sweary response: ‘I F***ING LOVE YOU FOR THIS.’

Miley appears to be having something of a throwback moment right now, as she’s been busy posting pics of herself as a child, describing one as ‘extra AF’. 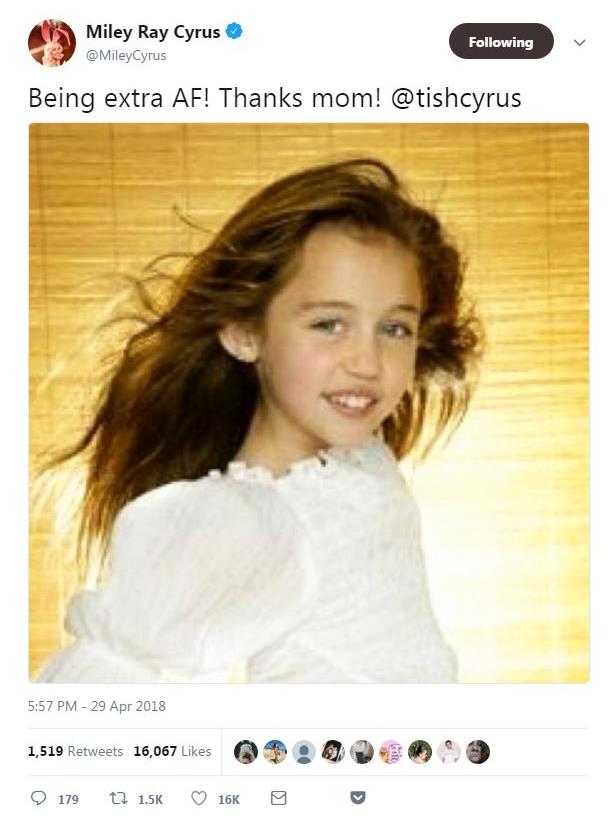 PREVIOUSTaylor Swift surpasses One Direction in rush for tour tickets