NAOMI CAMPBELL has kicked off a race row by criticising the lack of diversity among staff at Vogue.

The supermodel took to Instagram yesterday to post a recent, and overwhelmingly white, staff photo from the iconic magazine — and she couldn’t resist taking a pop at its outgoing editor. 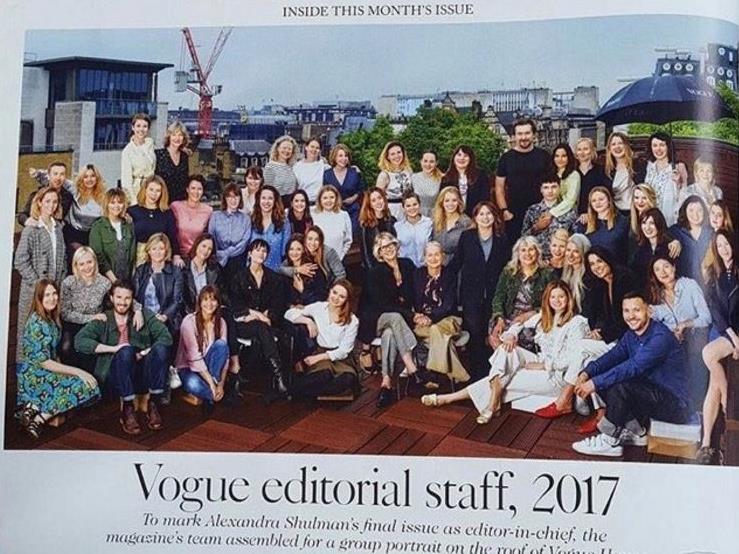 Next to the photo, Naomi commented: ‘This is the staff photo of @britishvogue under the previous editor #AlexandraSchulman.

‘Looking forward to an inclusive and diverse staff now that @edward_enninful is the editor … let’s hear your thoughts?’

Inevitably, reactions have been mixed.

One commenter said she had experienced the problem at first hand.

Another, however, expressed the opposite view, saying Naomi and her supporters were ‘making a huge assumption in thinking the reason there are no blacks is because of racism’.

Naomi is long-time friends with new Vogue editor Edward Enninful, who is black and gay and has previously spoken about how ‘we need people of different ethnic backgrounds in all parts of the industry’.