Natasha Bedingfield has her own pocketful of sunshine — a baby boy

NATASHA BEDINGFIELD has had the ‘happiest new year ever’ — becoming a mother to her first child.

The I Wanna Have Your Babies and Pocketful Of Sunshine singer, 36, previously announced that she and husband Matt Robinson were going to become parents to a baby boy.

She has posted a snap of herself in a hospital bed, holding up a coffee cup, with the word ‘mum’ on it.

She told her fans: ‘Guess what just happened at the very end of this year! The happiest New Year ever!’

Bedingfield and Californian businessman Robinson wed in a ceremony overlooking the Pacific Ocean, in 2009.

The singer, whose brother Daniel Bedingfield is also known for hits like Gotta Get Thru This, released her last album in 2010 but it failed to crack the charts.

‘Becoming a mum is something I’ve always dreamed of but for a long time I felt it was way off in the distance’, she previously said.

‘I’m so excited to embrace this huge life-change. And Matt is super supportive.’

And Jessica Alba’s celebrating too… 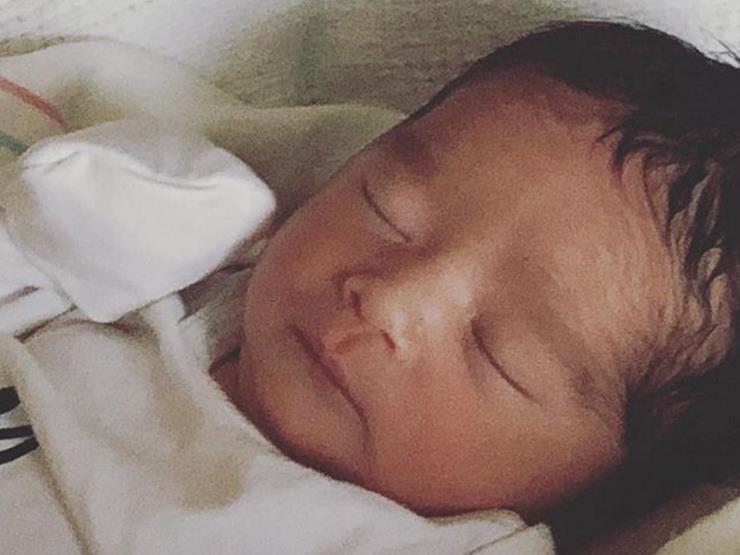 MEANWHILE, Jessica Alba has also given birth to a baby boy.

The Hollywood star, 36, and her husband Cash Warren welcomed their new arrival on December 31 — and said it was the perfect way to see in 2018.

Alba shared a picture of newborn Hayes (above) on Instagram and wrote: ‘Hayes Alba Warren 12/31/17. Best gift to ring in the New Year!! Cash and I feel so blessed.’

Alba and Warren are already parents to daughters Honor, nine, and Haven, six.

The actress said they ‘are already obsessed with their new baby bro’.

She added the hashtag ‘#familyof5’.