Nathalie Emmanuel and Jacob Andersongo nude in Game Of Thrones

GAME Of Thrones star Nathalie Emmanuel confessed to feeling ‘vulnerable’ when faced with her first nude scene on the hit fantasy epic.

‘It’s a nude scene and you can’t help but think about that. You’re like, “OK, I’m getting naked”,’ said Nathalie. 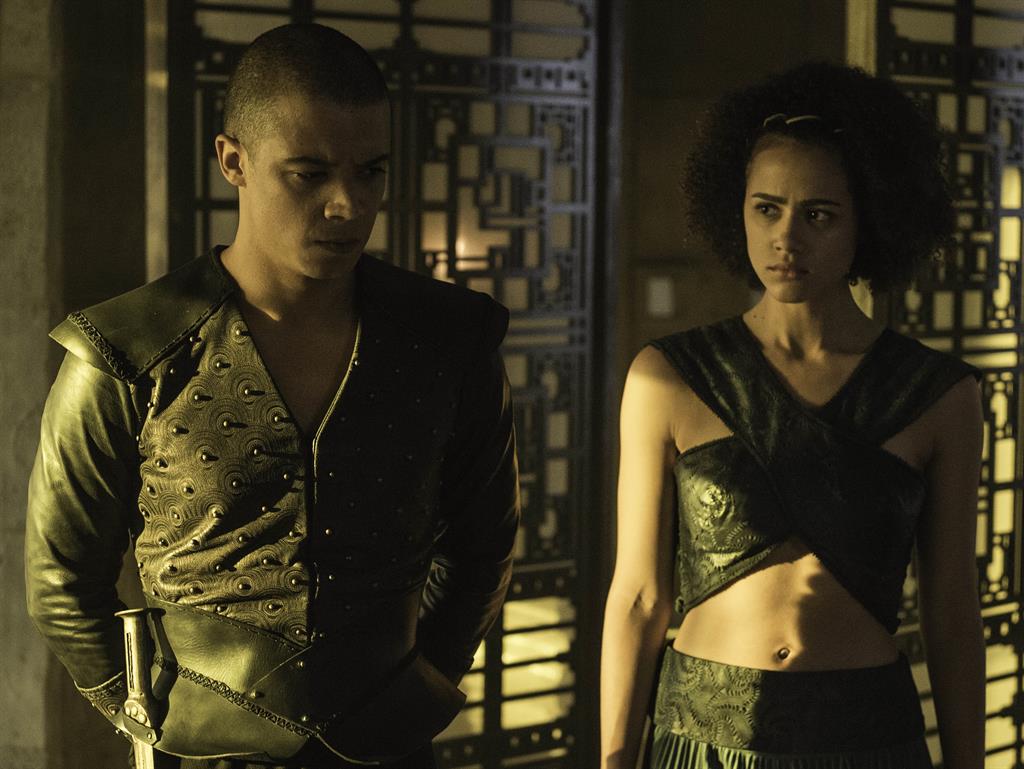 ‘That was strange for Jacob and I because we’ve danced around that scenario, we’ve become good mates and now we’ve got to be naked around each other.

‘Whether you’ve done it many times, or none at all, it’s a big deal. You feel like you’re giving something quite vulnerable.’

However, the former Hollyoaks favourite was able to count on the support of her director and co-stars. ‘It’s never a comfortable thing to do, but if you trust your director and actors and the people on set, it’s fine,’ Nathalie added.

‘It was treated very well and very respectfully. It helps the scene to feel very vulnerable and exposed.’ But the 28-year-old actress would not be drawn as to how Missandei sealed the deal with Grey Worm, who is missing his equipment: ‘The scene keeps everybody guessing about certain things…’

So can we expect a fairytale conclusion? Nathalie’s not sure, telling Entertainment Weekly: ‘You hope those two have a happy ending, but you try not even to say it out loud!’

Meanwhile, Alfie Allen — who plays Theon Greyjoy — provided a mutt-see moment when he joined his cast mates at Comic-Con in San Diego, California, at the weekend. Lily Allen’s little brother, 30, took his dog, Abby, as his plus-one.