THE 1D popularity contest raged on in New York as fans camped out overnight and queued around the block to see Niall Horan perform.

The Irish lad’s debut single has charted the lowest out of all his ex-bandmates’ solo efforts but his US fans were out in force on Monday to see him sing on The Today Show at the Big Apple’s Rockefeller Center. 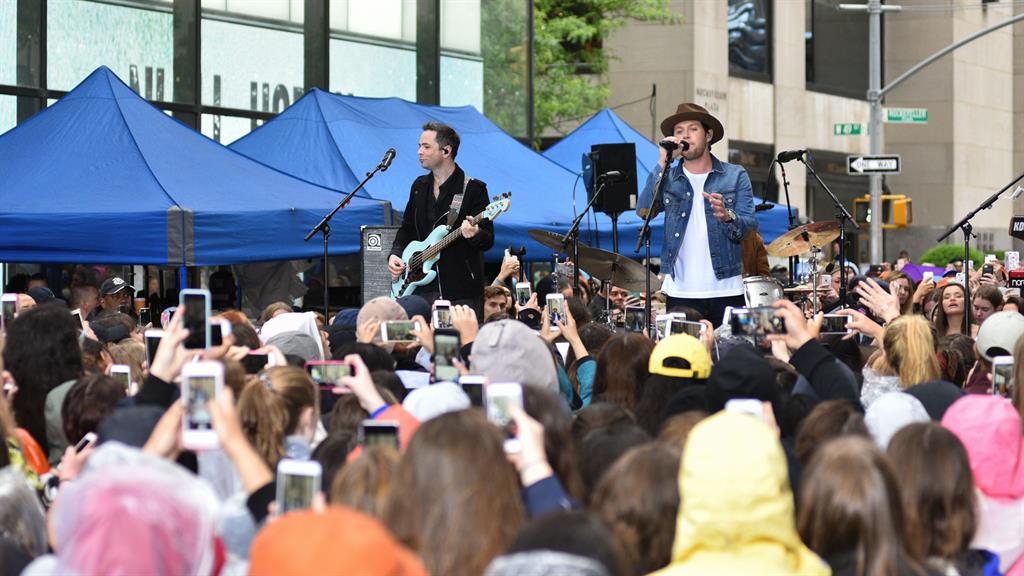 The star, 23, was stunned by the scenes and tweeted: ‘Wow… ha, ha, ha! The lines around all the blocks nearby, insane! Thank you all. I understand you must be freezing and soaked through.’

Before he sang This Town Horan said: ‘I would like to dedicate it to the people who lost their lives in Manchester last week. It was a very sad thing. The least I can do is dedicate this song.’

Three Directioners are battling each other in the charts.

Horan’s ditty Slow Hands is currently at No.23.

He trails Harry Styles’s former chart topper Sign Of The Times, which is at No.10.

Liam Payne’s hip hop track, Strip That Down, missed the summit, reaching No.3 in the UK charts.