The Aussie actress gave the Swedish actor a tender smooch after he scooped the best supporting actor gong — right in front of her hubby Keith Urban.

Her country singer beau, 49, did well not to shout: ‘Hello, I’m here!’ as his wife put her on-screen chemistry with the actor, 41, on show. 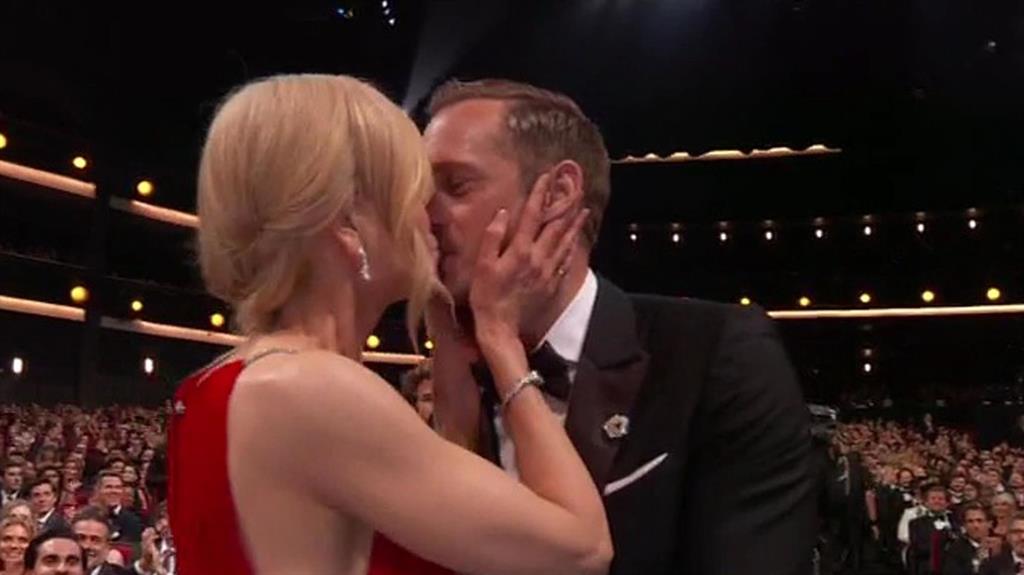 But Kidman, 50, was quick to make it up to Urban, locking lips with him backstage to celebrate her best actress win for her role in HBO drama Big Little Lies.

And she made another blooper in her acceptance speech when she thanked her and Urban’s daughters Sunday, nine, and six-year-old Faith but failed to mention Isabella, 24, and Connor, 22, the kids she adopted with her ex, Tom Cruise.

‘Sunnie and Faith… this is yours,’ she said. ‘I want my girls to have this on their shelf and to look at it and go, “Every time mumma didn’t put me to bed it’s because of this… (at least) I got something!”’