NICOLE KIDMAN has come up with a dazzling excuse for her strange clapping action at the Oscars — it was down to her borrowed bling.

The Hollywood actress was the subject of memes comparing her applause to a seal at last month’s ceremony.

But the star, nominated for best supporting actress but who lost out to Viola Davis, says she was wearing a 119 carat diamond ring on loan from jewellers Harry Winston and didn’t want to damage it.

‘It was really awkward,’ said Kidman, who was torn between clapping and possibly denting the ring or not applauding. 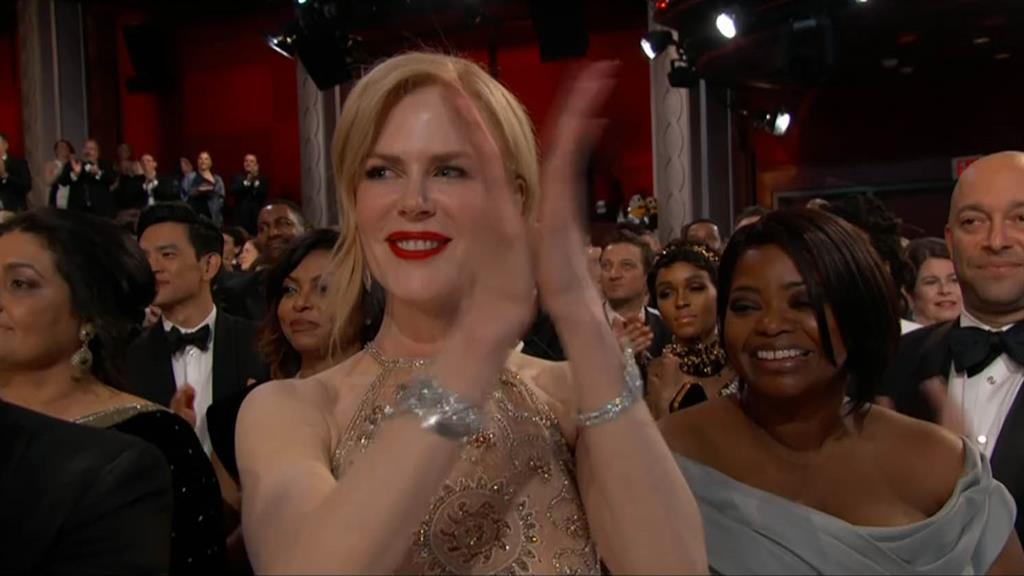 ‘I was like: “Gosh, I really want to clap,”’ she told radio listeners in Australia. ‘I don’t want to not be clapping, which would be worse right? Why isn’t Nicole clapping?’ she said.

‘So therefore I’m clapping but it was really difficult because I had this huge ring on which was not my own but was absolutely gorgeous and I was terrified of damaging it.’ An expert said Nicole, 49, wouldn’t have damaged the diamond by clapping. But if she wore a ring on each hand — which she did — they may have grated against each other, so perhaps she was being cautious.

Meanwhile, Eva Mendez cleared up another riddle over her absence from the Oscars.

The star, 43, whose partner Ryan Gosling was up for best actor for La La Land, stayed away to care for their daughters Esmeralda, two, and 10-month-old Amada. ‘Instead of hitting the red carpet, I’d rather be with our girls,’ she said.

NEXTOn the rocks… bloom and his romance