AFTER playing an amnesiac assassin in the Jason Bourne films, Matt Damon must be used to dodging bullets.

But the Hollywood actor failed to take cover when he was pelted with bird droppings during his holiday down under.

Poor Matt was targeted by our feathered friends in Australia on Sunday. He may have been looking forward to encounters with a koala and a kangaroo — but suffered a kanga-poo instead. 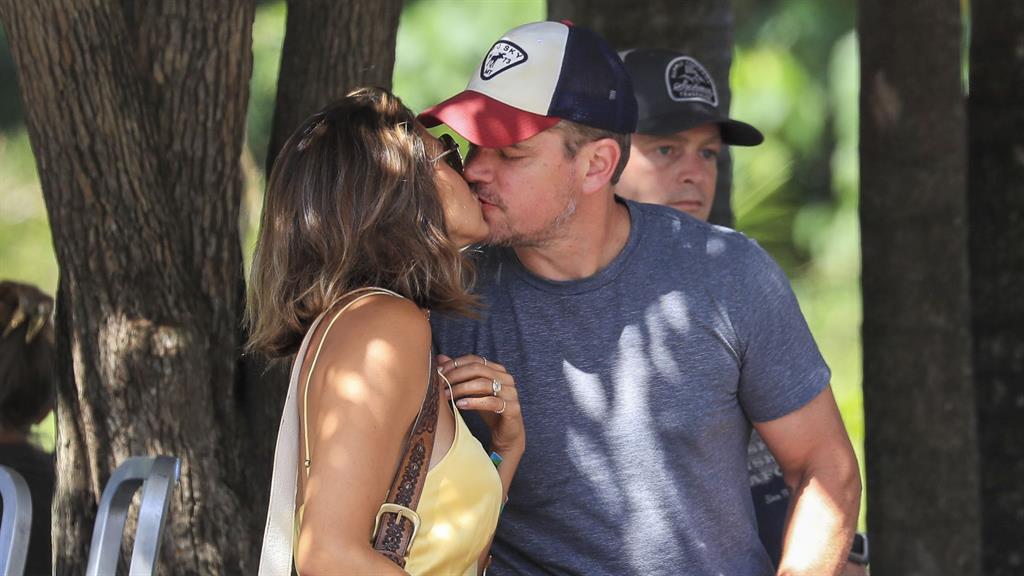 The 47-year-old Oscar winner, dressed casually in a grey T-shirt and baseball cap, was targeted while stepping out in Byron Bay with a male chum.

Far from ruffled, he was pictured grinning from ear to ear as he laughed off the incident. After all, some say bird poop is good luck. And it certainly didn’t put off Matt’s wife Luciana Barroso, 41, who was pictured kissing the star.

The couple, who have four daughters, have been enjoying a holiday with Thor hunk Chris Hemsworth, 34, and his family.

NEXTTickets to see Liam Gallagher at TRNSMT up for grabs