Oh baby, what a way to fool your hubby

RAPPER Cardi B left hubby Offset raging after she pulled a baby stunt that fooled him and the crowd.

The 25-year-old, making a first appearance since giving birth to daughter Kulture, arrived on stage cradling what appeared to be the baby in a pink blanket but revealed a VMA Moon Person statuette.

She later Tweeted that Offset was ‘sooo mad’ at being fooled. 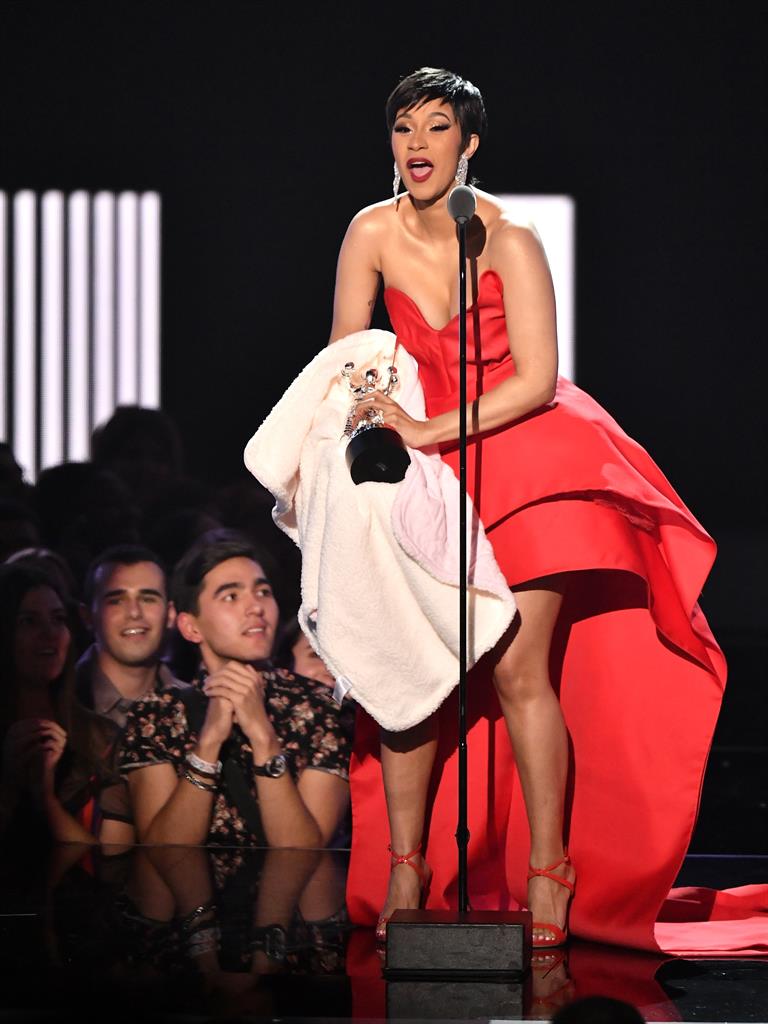 The Bodak Yellow hitmaker had 12 nominations and took home three prizes — song of summer for I Like It with Bad Bunny and J. Balvin, best collaboration for her work on Jennifer Lopez’s Dinero and best new artist.

She said: ‘I had a baby and now I’m still winning an award!‘